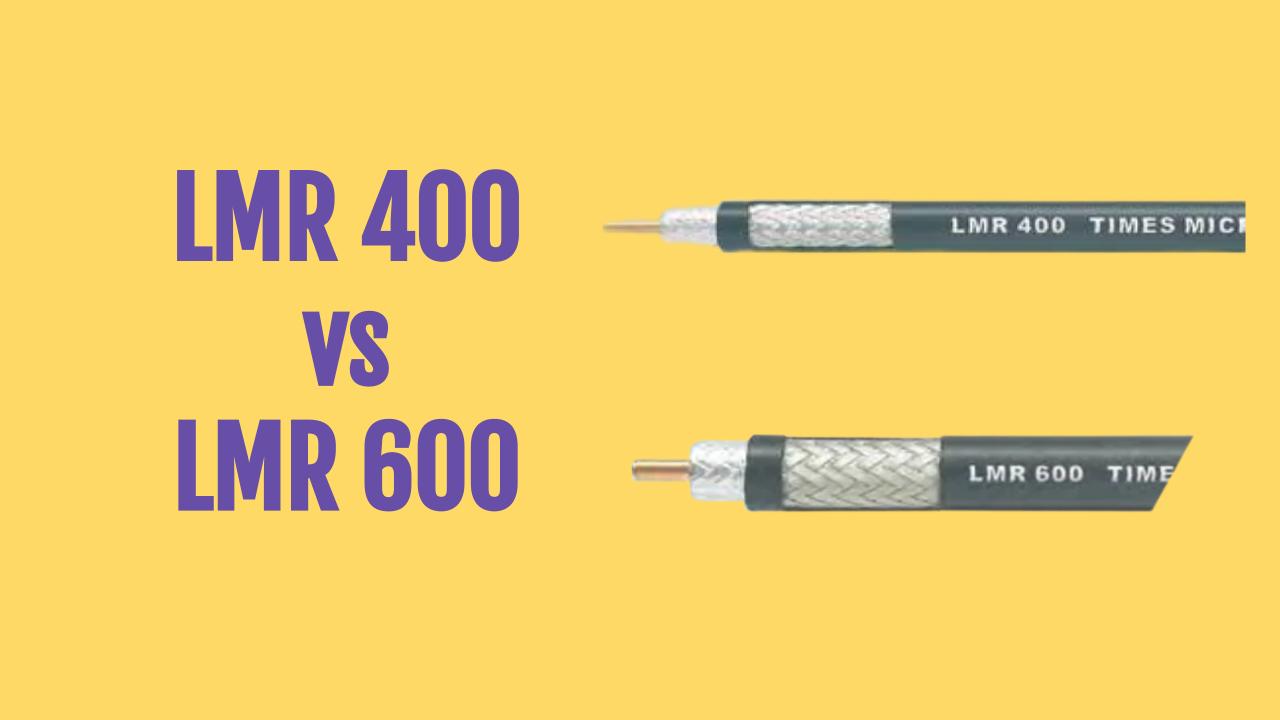 LMR cables are manufactured by Times Microwave [1]. In this post we explore the differences between the two.

The graph below compares the attenuation as a function of frequency for both LMR 400 and LMR 600.

There are physical differences between LMR 400 and LMR 600 as shown in the table below. All dimensions are inches.

As can be seen from the table above, LMR 600 is a thicker cable overall and this structure is responsible for the relatively better cable insertion loss specifications. Lower attenuation is key to better RF performance.

The bend radius of LMR 400 is smaller. This is the minimum radius a cable can be bent without damage. The smaller the bending radius, the greater the flexibility of the material. Therefore LMR 400 is more flexible than LMR 600.

Bending moment is a measure of stiffness. LMR 600 is stiffer and more rigid than LMR 400.

Tensile strength refers to the amount of force that is required to physically break or split the cable. LMR 600 is stronger in this aspect.

Flat plate crush as the name suggests is the capacity of an RF cable to withstand and/or recover from the effects of a compressive force. Once again LMR 600 has the better specification.

LMR 600 is more expensive relative to LMR 400 on account of its better performance. If your application requires a short run of cable and the calculation tells you there’s no significant impact to RF performance, then LMR 400 will work just as well.

On the other hand, it the application requires a long run of cable and/or mechanical attributes such as robustness are important then you’re better off with LMR 600.

In this post we have articulated the differences between LMR 400 and LMR 600. In general, LMR 600 is a better quality cable both mechanically and in terms of RF performance. The only mechanical area where LMR 400 has an advantage is in its flexibility.