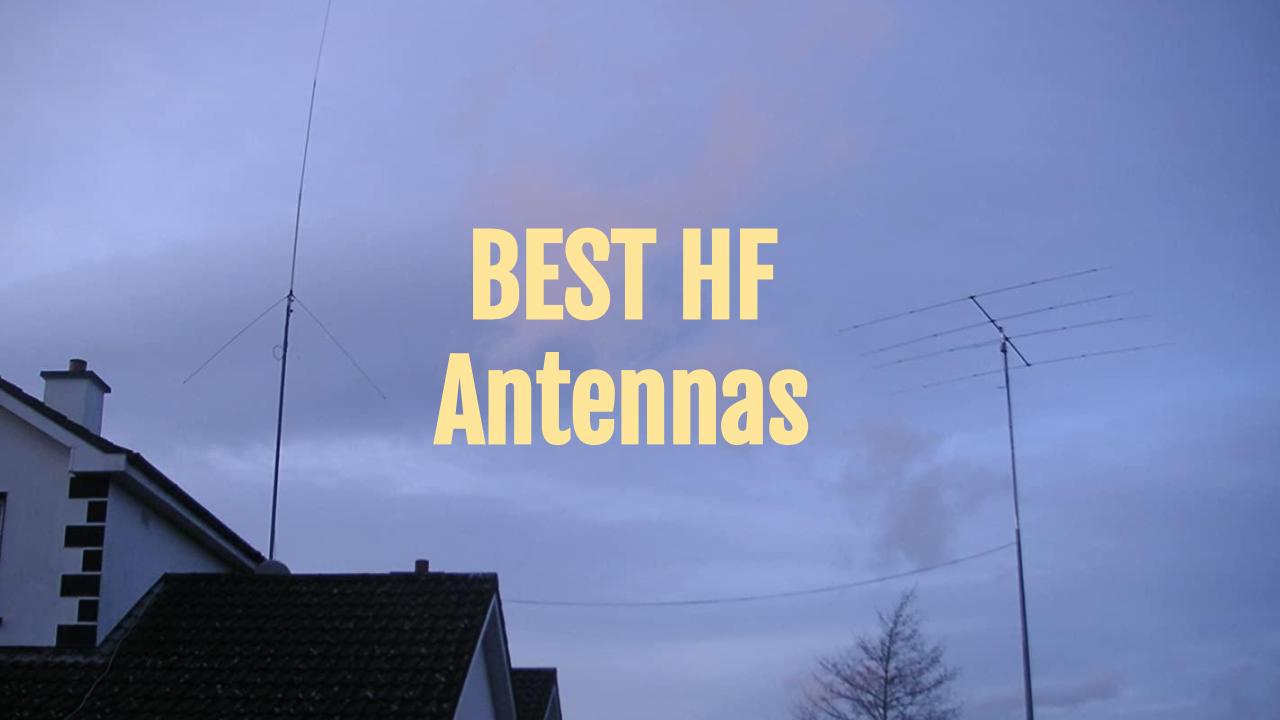 The first radio transmission was conducted by Guglielmo Marconi in 1895. Since then, radio communication has been adopted for multiple applications that include human-to-human communication, human-to-machine communication and machine to machine communication. In this post we look at a specific band of frequencies called the High Frequency (HF) band and antennas that are used to transmit and receive signals in this band. 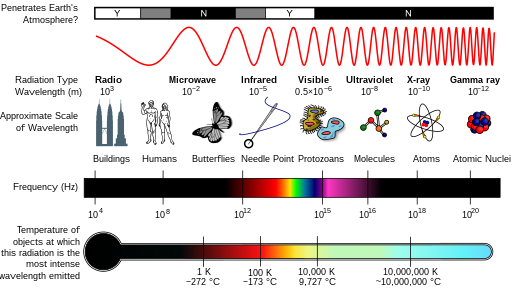 The International Telecommunication Union (ITU) is an agency of the United National (UN). Its function is to coordinate telecommunications services and operations – including radio frequencies – throughout the world.

Relation of Frequency to Antenna Size

HF frequencies are generally on lower side, and therefore require larger antennas in the range of 17 to 137 feet.

Relation of Frequency to Propagation Distance

Radio waves are attenuated and get weaker as they pass through free space. The attenuation of radio waves is directly proportional to the frequency used and the distance between transmitter and receiver.

This means that – provided other factors are kept constant – lower frequencies propagate further than higher frequencies.

The free-space path loss – when the transmitter and receiver have a clear, unobstructed line-of-sight (LOS) – is given by the following formula:

This equation is used to calculate antenna range using this calculator.

The following table shows the free-space propagation loss vs distance for some of the frequencies that we find in everyday use.

HF frequencies are generally on the lower side, and therefore are attenuated the least and propagate further.

The range of frequencies allotted to the HF band by the ITU is 3 MHz to 30 MHz.

Compared to VHF/UHF and other higher frequency bands, the HF frequency range is basically a lower range of frequencies that propagates relatively further. Let’s take a look at the different ways in which signals at these frequencies propagate.

This mode of propagation refers to HF waves that travel along the surface of the Earth.

The ionosphere is the ionized part of the upper atmosphere. It is so called because it is ionized by solar radiation and extends from about 48 km to 965 km. 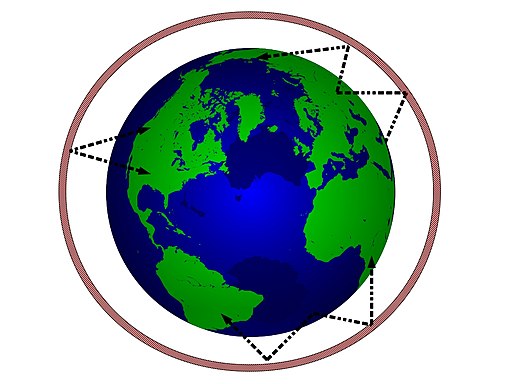 The ionosphere refracts or bends incident HF radio waves back towards the Earth. This phenomenon allows the use of HF for beyond-the-horizon communication. HF links using skywave can span distances of up to 1900 miles or 3000 km.

HF is used for a wide range of applications including:

Antennas can generally be classified into two types:

Below we review some of the antennas that are used for HF communication.

The G5RV antenna is a popular HF antenna that can be used for HF communication with or without a transmatch/tuner.

The HF loop antenna is an antenna that consists of a coil or loop or wire.

Antenna with larger loops have a perimeter that is near one wavelength and can be used for transmission and reception.

A Rhombic antenna is made of four sections of wire that are connected in the shape of a rhombus. It is a directional antenna that is suited to links that use skywave propagation for long-distance communication.

The Yagi-Uda or Yagi antenna was invented by two Japanese engineers. It is a directional antenna and is available for a wide range of frequency bands that include the HF band.

Please note that the actual length of the antenna shown is 72 inches or 6 feet.

Vertical HF antennas are suited to applications where the amount of available space is limited.

What is the most effective HF antenna?

The most effective antenna will vary with the application:

What is the difference between a vertical and horizontal antenna – which one would you recommend for HF?

Radio waves are attenuated as they pass through free space and when they pass through solid objects such as walls or foliage. Radio waves are also attenuated by rain. Rain attenuation has a comparatively lesser effect on vertically polarized electromagnetic waves, and for this reason most radio systems are deployed with vertical i.e. vertically polarized antennae.

However, the situation for HF is different because:

The net result is that large HF antennae usually have horizontal polarization. Smaller ones that are deployed for ground wave communication can be vertically polarized.

The major benefits of HF i.e. long range and skywave propagation are the direct result of the band being comprised of relatively low frequencies.

Before the advent of satellite, HF was the primary means for long-distance wireless communication. Reliable satellite links led to HF being used for backup and disaster-recovery.

The development of Automatic Link Establishment or ALE technology has allowed the establishment of low-cost and reliable HF links and led to a resurgence in the use of HF for long-distance communication.

In addition to long-distance communication, HF is used for a wide range of applications that include AM radio, military use, ground to air communication, and amateur use.