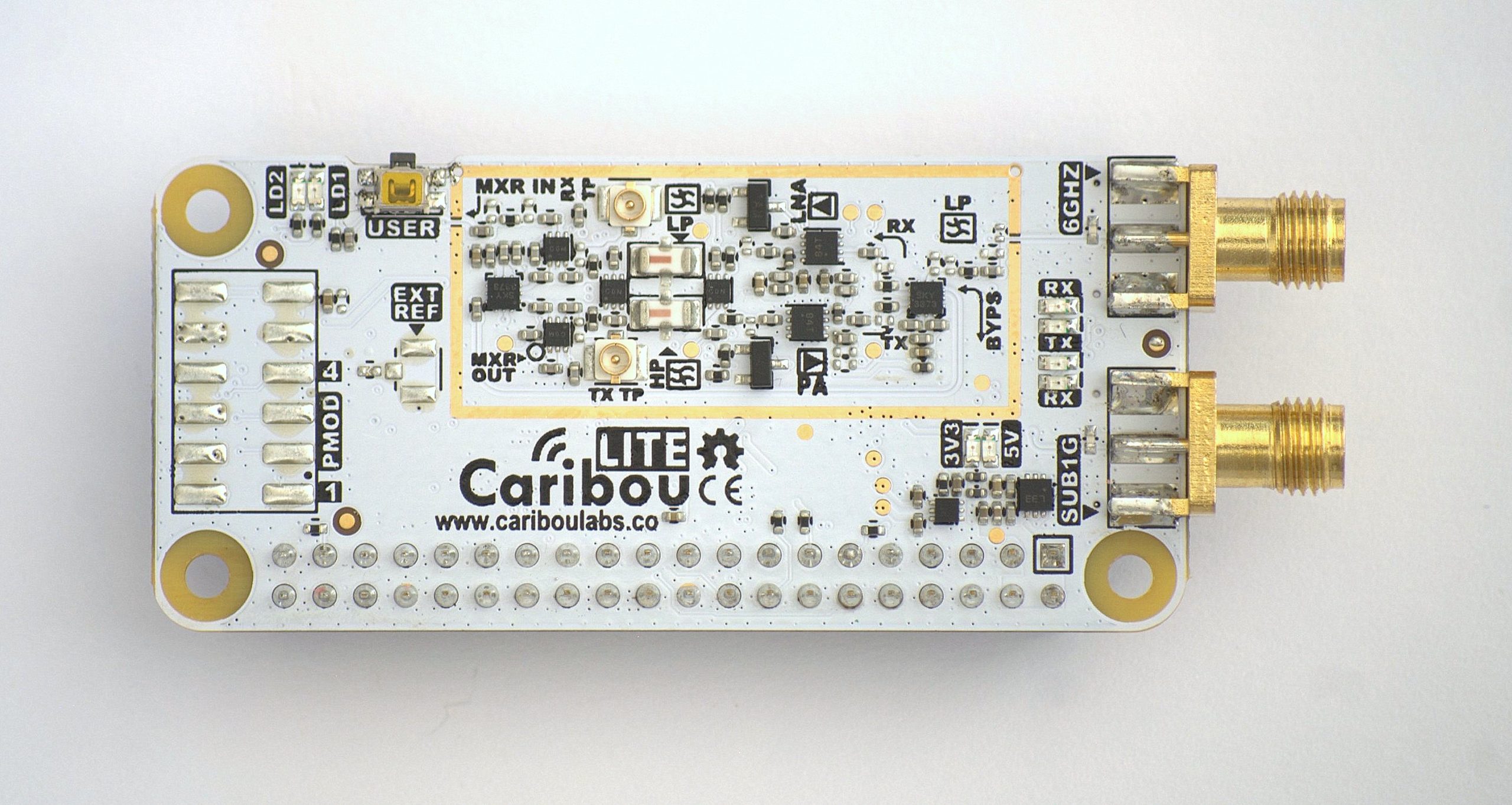 CaribouLite is affordable and open-source hardware. It is designed for makers, hackers and researchers to encourage exploration in the world of radio technology. We anticipate that it will also gain traction in the amateur radio community.

In addition, it will introduce many Raspberry Pi fans to the world of radio and wireless. A great step forward for SDR.

The CaribouLite is designed as a HAT (Hardware Attached on Top) for the very popular Raspberry Pi. A HAT is an expansion boards that interfaces to the Raspberry Pi’s 40 GPIO pins. It is used to add functionality to the Pi. For example there are HATs that add DAC functionality and terminal blocks.

In the picture below you can see how the CaribouLite sits beautifully atop the Raspberry Pi Zero.

Soon anyone with a Raspberry Pi Zero will be able to experiment with SDR. In the past we have seen wireless HATs that add 4G LTE capability to the RPi but as far as SDR is concerned this is a first.

The Cariboulite is an RF transceiver – which means it can both transmit and receive RF signals. Let’s take a look at some of the key numbers associated with the hardware design and what they mean

Current State of the Design

The team has evolved their first revision prototype into a rev 2 design with improvements. Here is a list of some of performance enhancements:

What differentiates this product from other SDRs out there?

Let’s take a look at what differentiates the CaribouLite from other SDRs like the HackRF and the RTL-SDR. Two very popular SDRs that have seen tremendous sales and each with a large community following.

In this post we have provided an overview of the CaribouLite SDR. This is an exciting development in the world of Software-defined radio. The small size of this product and hardware specifications means that it will open up a range of new applications.