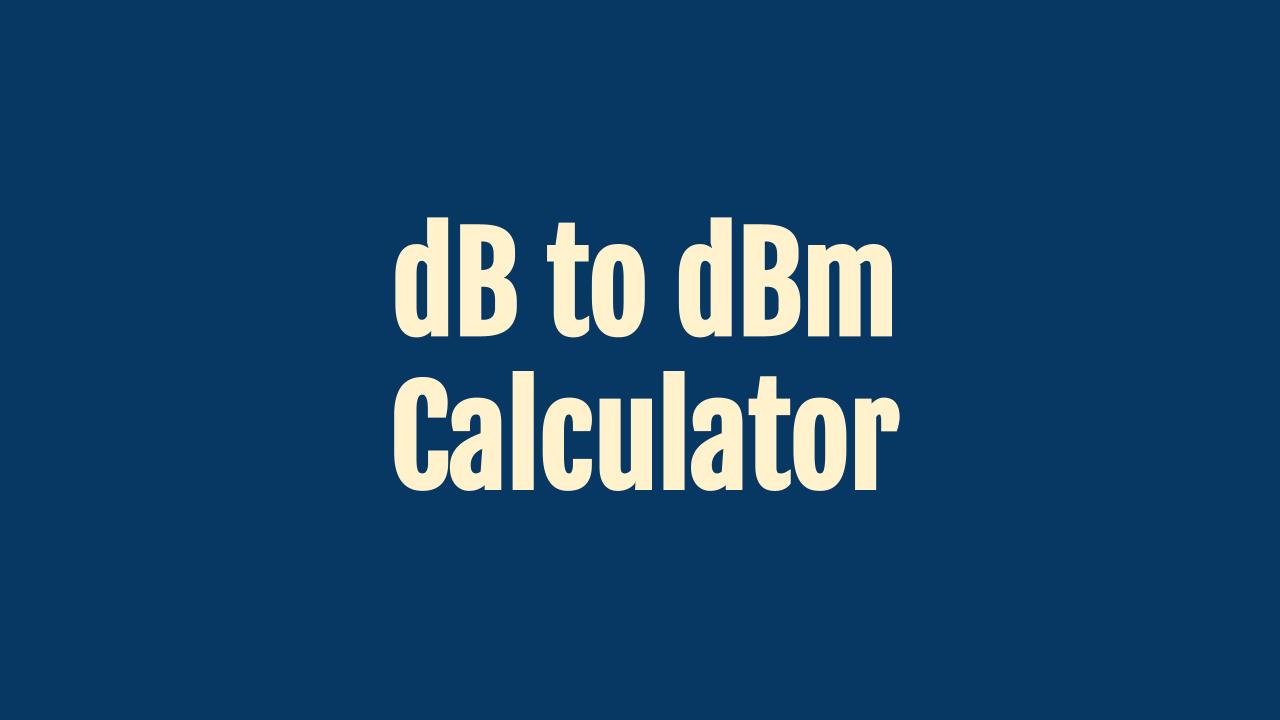 How to convert from dB (deciBels) to dBm (deciBel-milliwatts)?

dB is relative number while dBm is an absolute number. There is no way to convert dB to dBm.

You can however subtract two dBm numbers and the result is a dB value.

Note that this is not the difference in power level between the two. For that use this calculator.

Instead it is the ratio of powers which has no units.

The ratio between the two is 10 and on the log scale it works out to:

Why can you not convert between dBm and dB?

dBm is an absolute number. For instance, this calculator lets you convert between Volt and dBm.

dB is a relative number and represents a ratio between two quantities. In communications engineering, dB is used to represent the signal-to-noise ratio, gain of an amplifier and more.

Try our other calculators