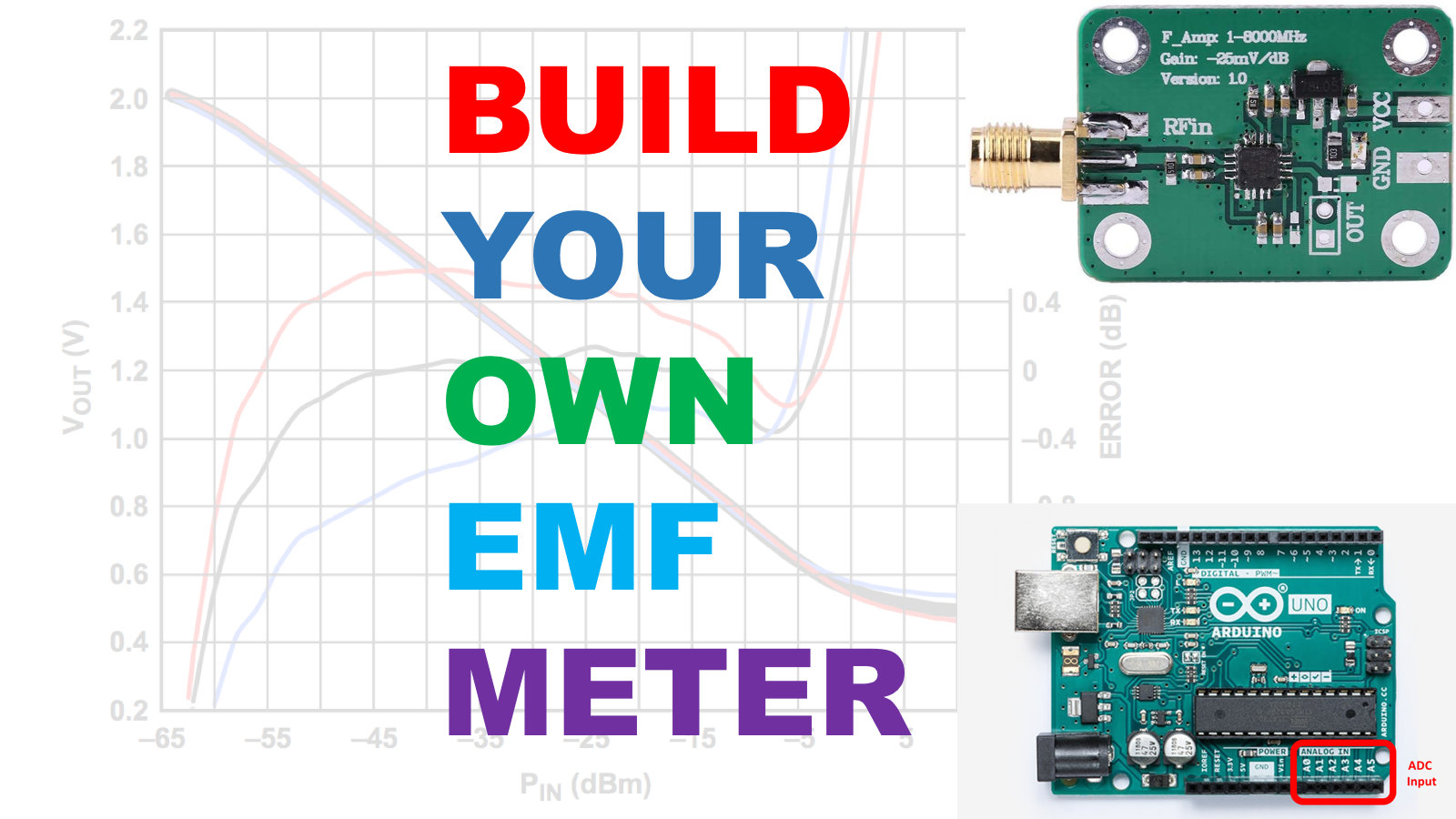 In the previous article, we showed you a block diagram of an EMF meter. In the experiment, Collin has connected the wire antenna to the input of the Arduino’s analog-to-digital converter.

So the ADC converts RF signals received by the wire antenna to a digital value that drives the LED. A piece of wire makes a pretty crude antenna but as you can see in the video it does pick up RF signals.

Another way to build an EMF meter is to use a log amp as we discussed in part 1. The log amp consists of a series of cascaded amplifiers and the result is a DC voltage that is proportional to the RF input level.

It is important to note that the DC output voltage is proportional to the RF input power at the AD8318. However, to measure real signals you need an antenna. The antenna has its own frequency response to signals. It might attenuate signals at 4 GHz more than a signal at 100 MHz, for instance. These variations have to be accounted for in the final measured value.

In an integrated EMF meter like the Trifield, the output is calibrated relative to the internal antenna. The reading is therefore an accurate representation of the signal received at the antenna.

In this post we have provided a brief overview of how to build your own EMF detector starting with a very basic Arduino-based device that is going to be limited in frequency range relative to a more sophisticated AD8318 log amp detector that will give you coverage up to 8 GHz.

1 thought on “How to Make an EMF Detector”