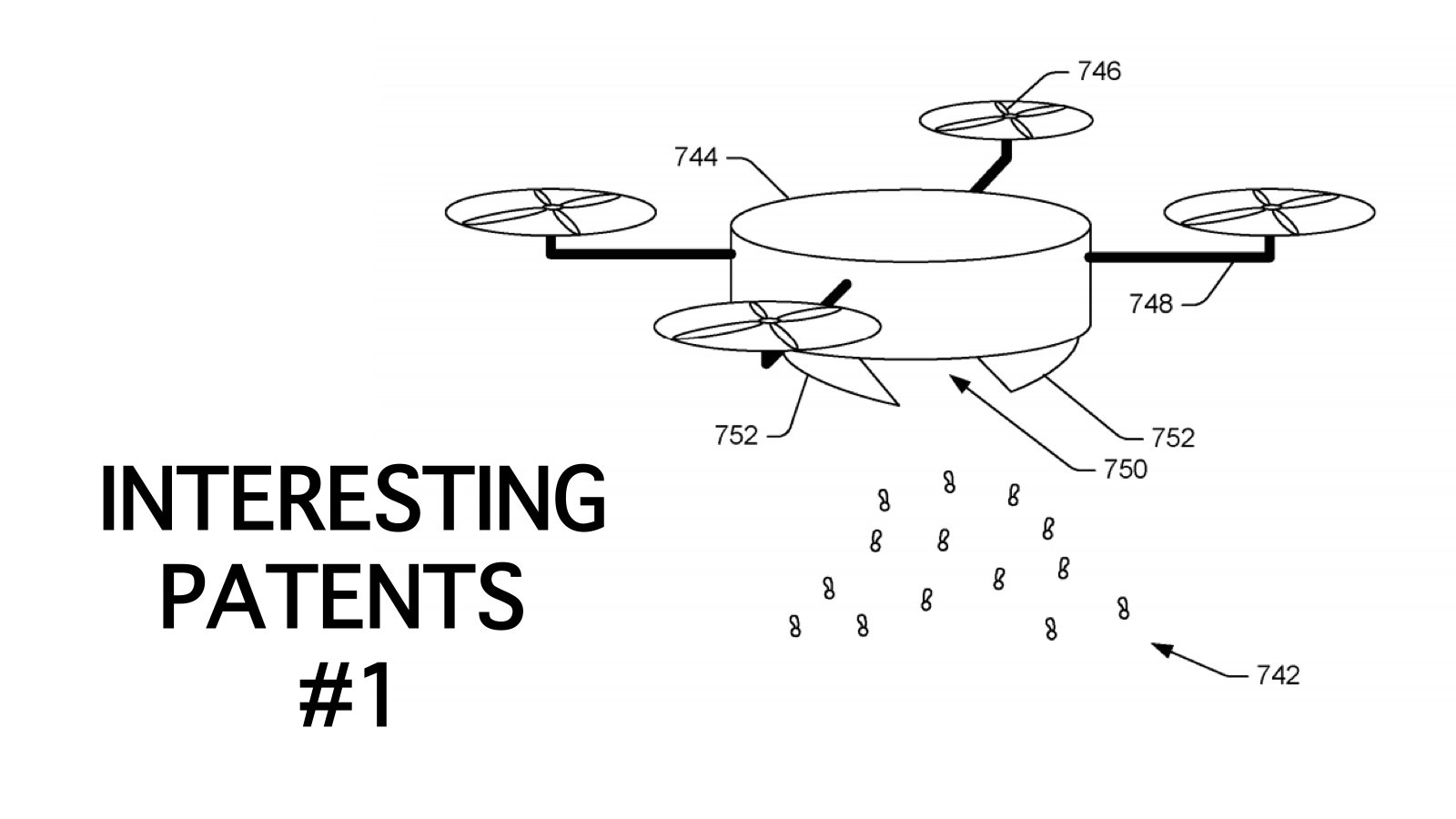 We kick off our new series on interesting Radio and Wireless patents with this one from Amazon. With its focus on unmanned drone delivery, Amazon has created deployable beacons to aid drone navigation. The patent applies to the situation where a drone has lost its ability to receive GPS signals or connect to the network to figure out where it is.

Under these circumstances, the drone drops small beacons that fall to the ground below. Just like acorns falling from a tree.

These beacons emit signals. The signals could be light, audio or a radio transmission. The drone then detects and utilizes these signals to figure out where it is and how to make a safe landing.

How exactly the drone uses these signals to navigate its way down to earth is not described in the patent. This is very much a high level approach. However, one could imagine that it uses the relative strength of the signals emitted to determine how close it is to the ground.

The use of beacons is not exactly novel as they have been used as navigational tools. For instance, this patent by Thales describes the use of a radio signals from transmitters on the ground to help a drone land.

What’s mainly new with the Amazon patent is the architecture of the drone to include the beacons, their deployment, detection and subsequent localization and mapping.

We’re going to see some very novel navigation technologies being implemented in the next little while as drones take to the skies and navigate to their destination to deliver goods. DJI for instance announced last year that they were going to be equipping their drones with ADS-B receivers. This is going to be super-important to avoid collisions with aircraft and keep the skies safe.