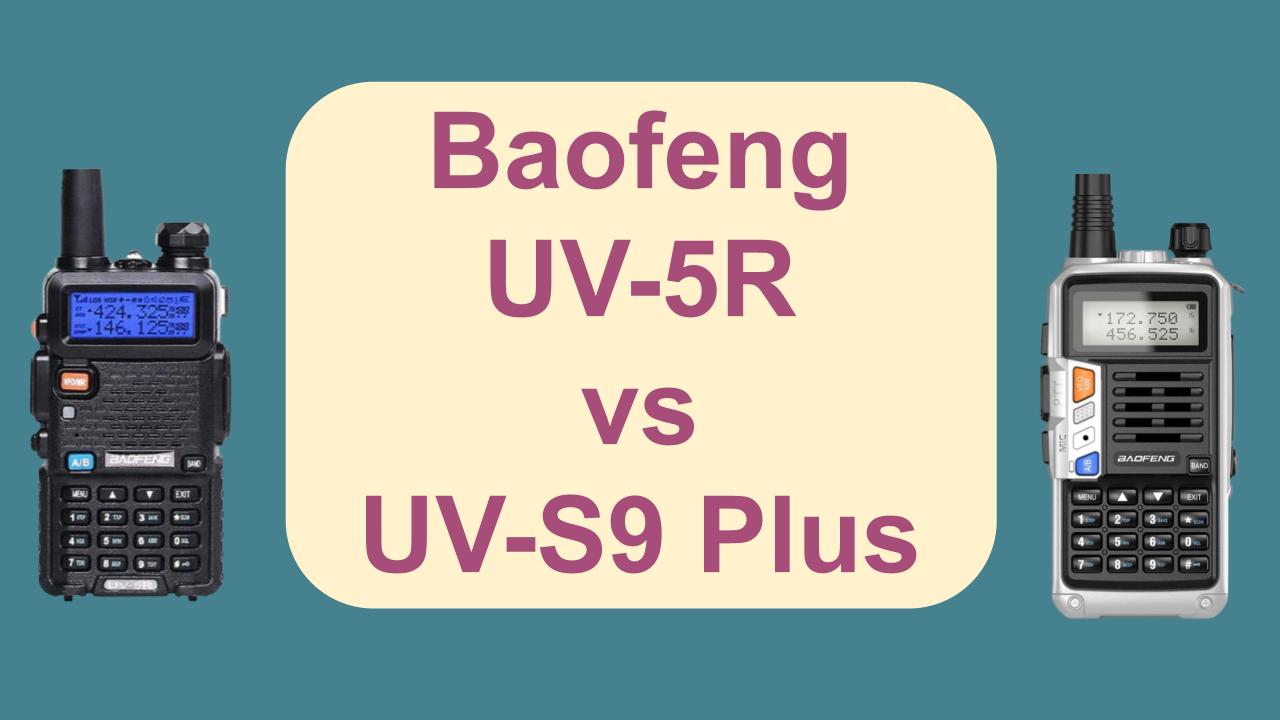 The Baofeng UV-5R has been around for quite a while and has seen many upgrades, one of which is the Baofeng UV-S9 Plus. The latter instantly catches your eye with its 8- or 10-watt (depending on where you purchase it) output claim.

Any entry-level ham user will want to know if the claim has any truth to it and what it means for their usage if true.

Users may also wonder if the Baofeng UV-S9+ has any legal highlights they should take note of and whether it is any better than the Baofeng UV-5R. Let’s dive in and see if you should adopt the latter or stick with the former.

Most users will tell you that the Baofeng UV-5R is a handy and robust acquisition if you want to serve your amateur radio needs effectively. Its pocket-friendly price does not mean it is incapable, as it persistently and effectively broadcasts even for users spread out over a 20-mile radius and more.

Users can also accessorize it to better their signal reception via its removable antenna that they can replace with other stronger versions that are readily available on the market. Users can also do the same for the battery to guarantee more extended battery life.

Its cutting-edge features and novice friendliness render it an outstanding choice. Therefore, any user (in both the expert and beginner category) who has excelled in their tech license exam will find the UV-5R delightful.

Several users complained about the Baofeng UV-5R’s inability to broadcast via the GMRS, FRS, and MURS frequencies (FCC locked), only transmitting through channel mode. However, the same groups of users did say they could receive via those same frequencies – single-way usage.

Other users also criticized the UV-5R for the spurious emissions that it usually gives off beyond the endorsed ham radio bands. As it is, these emissions render it non-FCC compliant, a fact that the users were displeased about.

More groups of users went a mile farther by recommending that only licensed hams and those hoping to become licensed should acquire it. The said license allows the users mentioned above to unlock the MURS, FRS, and GMRS frequencies and use them without a second thought.

The majority of users loved the Baofeng UV-S9+ for its quality sound and for beating their expectations even though they didn’t expect so, courtesy of its low price. The extra wattage that the UV-S9+ came with, its broad 30-mile+ coverage, and clear signal reception, even on FM mode, was also very delightful. That they could listen in on the FRS, GMRS, VHF Marine, NOAA Weather, and the MURS bands while also transmitting on the ham bands was also hugely welcomed by users.

A few users commented about the UV-S9+’s incompatibility with most after-market antennas due to its chassis having a raised ring of a smaller diameter (compared to previous versions) around the antenna connector. This reality makes signal enhancement with a more robust antenna challenging if a user can’t lay hands on a compatible after-market antenna.

The 8- or 10-watt claim is just another marketing trick that unsuspecting buyers have fallen for once again, just like in the past with other similar claims.

A few other users had multiple unrelated complaints centered around the UV-S9+ build and not its functionality. The grievances mentioned the earpiece, the rare replacement piece for the charging cradle (if the original became faulty), the mic plug in space being small as the water-resistant cover for the speaker-mics blocked it, and the left belt clip screw that would simply not tighten.

Which device you should choose – Our verdict

Before deciding to go for either the Baofeng UV-5R or the Baofeng UV-S9+, contemplate what your ham radio needs are. Think about whether or not you hold a license (and if you plan to) and if you’d like to meddle in configuration.

The Baofeng UV-5R comes transmit-locked to meet the FCC regulation for GMRS, FRS, and MURS frequencies, even though users complained that it spuriously emits beyond them from time to time. You will most certainly require licensing to use it without a care in the world, whether or not you will configure it.

The Baofeng UV-S9+, on the other hand, transmits beyond the ham radio bands and is ideal for users who want to access the FRS, GMRS, VHF Marine, NOAA Weather, and the MURS bands. It will save anyone from the task of configuring the UV-5R to gain access to these bands. It is also ideal for users who want that additional distance that the extra wattage provides. Remember that transmitting over the extra wattage goes directly against the FCC directive of 2 watts and below unless you have your license at hand. 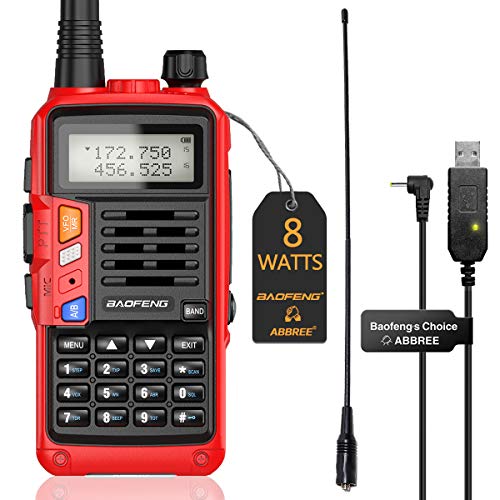