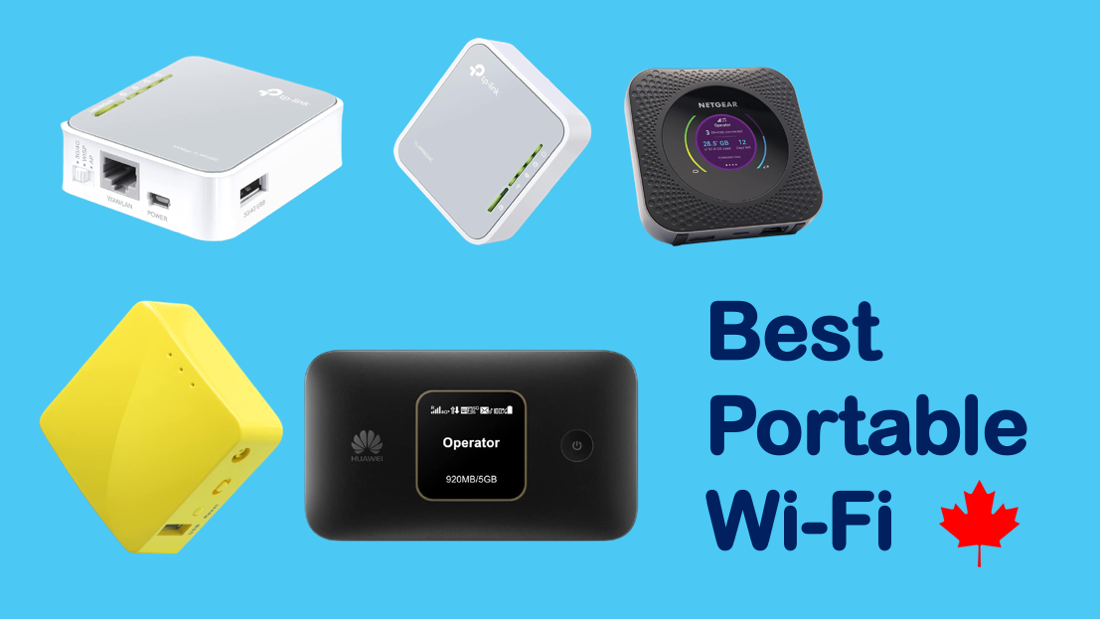 The GL.iNET GL-MT300N, also known as the GL Mango, provides internet speeds of up to 300Mbps. It comes with pre-installed OpenWrt/LEDE (Linux Embedded Development Environment) and a few IO ports reserved for function extension.

These grant absolute power to users and developers alike, who can consequently enjoy the full features that the router comes. It also affords them the ability to customize the operating system. The result? Hand-picked advantages without unnecessary complexity.

The Fast OpenVPN encryption ensures a user retains total control of their valuable data as it travels across the Wi-Fi network (all-out security). The four modes give a user four unique ways of connecting to the internet through their router. These are through an ethernet cable, Wi-Fi, 3G/4G modem, and USB tethering.

The GL.iNET GL-MT300N is thus one of the few unlimited mobile hotspot devices that will give you a fantastic experience that guarantees satisfaction – maximum value for money.

According to most users, the GL.iNET GL-MT300N is excellent as a travel router and will work wonders as a VPN router. Many different users also notably liked it for working well with captive hotel portals.

Some users complained about having problems with tethering and its inefficiency when using it as a Wi-Fi and VPN router at once. A few users had so many mixed feelings, while others seemed to have had a bad experience. However, pointing out what the exact problem was is impossible since each was a unique complaint.

The TP-Link N300 uses a 2.4 GHz band with a transmission rate of up to 300 Mbps. When used as WAN/LAN, it transmits at a rate of up to 100 Mbps. It has one port supporting both WAN and LAN; these provide broad and close-range Wi-Fi distribution.

The TP-Link N300 provides multiple WiFi encryption options such as WEP, WPA, WPA2, and WPA/WPA2-Enterprise (802.1x). Its multiple Operating/user Modes, including; the Router, Client, Repeater, Access Point, and Bridge, give a user diverse ways of connecting to the internet.

The main advantage here is that the router will serve you for a long time even if one or two suddenly stop working. Three of these modes aid connection within the home (Access Point, Wi-Fi & Ethernet) while the other two modes guarantee an efficient connection while on the road.

Most users were happy with the TP-Link N300 because of its reliable and robust network. Its multiple connection modes were also features that resonated well with users. Some users complained of the router either not connecting instantly or disconnecting repetitively. While other groups could not settle on what issue they had with it.

The NETGEAR Nighthawk is a genuinely revolutionary Portable Wi-Fi hotspot device that will rock the Canadian scene for a good time to come. With the knowledge that tech constantly evolves, users can expect even bigger things from Netgear.

The 1-Gigabit Ethernet port allows users to access the internet at the same blistering speeds they enjoyed through Wi-Fi. The NETGEAR Nighthawk’s efficiency is also unparalleled as it enables data streaming through Micro SD, USB, and External Hard Drive. Imagine connecting your Hard Drive and accessing its content from any device that’s connected to the Wi-Fi; cool, right?

The majority of the NETGEAR Nighthawk users found the router worth its purchase price in terms of value given. Its unbelievably fast live streaming, Sim Card support capabilities, and a long-lasting battery that made it double as a power bank were the most notable mentions. For better reception we recommend using this external MIMO antenna.

A few other users cautioned other potential buyers to be selective about the supplier they chose to purchase from. A few users who seemingly liked the device also complained about, notably, its tendency to reboot.

The TP-Link AC750 creates fast AC750 Wi-Fi over dual 2.4 GHz (300 Mbps) and 5 GHz (433 Mbps) bands. This provision makes it reliable despite the network in the area you are in. The travel router also comes with a multifunctional built-in USB 2.0 sharing port.

The TP-Link AC750 can connect a USB storage drive to share access to files, download movies, and back up recent photos. It can also connect a smartphone cable while also doubling as a 5V/1A charging station for one device. The router comes with WEP, WPA, and WPA2 encryptions for network security.

Most users gave the TP-Link AC750 a thumbs up because of its dual-band feature that allows them to connect over a wide area without compromising speed. Its multiple usage modes also made it ideal for traveling users. A few other users were irritated by its lack of a sim card slot.

The Huawei E5785Lh Wi-Fi hotspot supports standard Wi-Fi 802.11ac, a dual-band of 2.4 G, and the 5G signals for speed and extensive Wi-Fi coverage. The dual-band Wi-Fi connection is also more stable and can connect up to 16 devices simultaneously – an ability that does not compromise signal strength. It also has a SIM card interface that connects directly instead of just tethering.

In addition, the Huawei E5785Lh comes with a 3000 mAh battery that can provide up to 12 hours of working time, not forgetting the over 700 hours on standby. This stability ensures both the night owl and morning person effectively get their tasks out of the way while on the move.

Most users were generally happy with the Huawei E5785Lh’s long-lasting battery. Other users also loved it for being easy to use, “you just insert your preferred SIM card and connect immediately!” Only a few selected users did not receive the 300Mbps speed as the product advertised.

The TP-Link TL-MR3020 is ideally travel-sized to fit in a pocket or bag. It can be powered through a USB cable connected to a power bank or laptop. Not forgetting the 5V adapter to a wall socket.

The TP-Link TL-MR3020 also provides three user modes, including Router, Client, and AP mode, giving users various ways to connect. Its good internal antenna and button for mode switching make it a consideration that will fit many scenarios.

The TP-Link TL-MR3020’s users found it easy to set up with its ‘plug-in and go’ nature. Its compatibility with Verizon, Virgin, and others also massively won the hearts of many users. Some users complained that its coverage radius is small.

How we picked the best products for this article

While buying a mobile hotspot, you will need to consider portability, bandwidth, performance, wireless frequencies, security and privacy, and connectivity. These, among others, helped in coming up with this list and might help you decide on which device is best for you.

Mobile hotspots have a number of connectivity options. Our Runner up pick, the TP-Link N300 for instance does not have the ability to connect to a cellular network. It can only connect to a wide area network over wired Ethernet. This is how it accesses the internet. Users can access the network via Wi-Fi. Our top pick on the other hand is more versatile as it can connect to the internet in any one of four different ways:

When choosing a mobile Wi-Fi hotspot, the more portable, the better for the user; therefore, a small and light device should be ideal. However, keep in mind that a mobile hotspot that comes with a battery may be slightly heavier.

Considering how you are hoping to use the Wi-Fi hotspot should determine which bandwidth you should look for in a mobile hotspot. Keep in mind that having a hotspot with a high bandwidth even for light use is an advantage.

If you are looking to connect only your phone, tablet, or laptop, even the basic N150 that provides 150Mbps would be okay. But someone looking to share the hotspot, say, with your friends or family when on a trip, the ideal hotspot should not be less than the AC750, which provides dual-band performance with up to 750Mbs.

Since the hotspot is portable, you ought not to worry about the range and coverage. Over 70% of mobile Wi-Fi hotspots have no external antennas because they don’t need extensive coverage.

They will offer enough range to cover a large suite or condo. That’s enough to connect all your devices. Having too much coverage will only leave you broadcasting your Wi-Fi to everybody around you, especially for routers that offer no control.

Tri-band frequency Wi-Fi hotspots are not available in portable Wi-Fi hotspots. Therefore, a dual-band router is ideal because it can offer one significant benefit if you intend to use it in busier locations like hotels and airports.

The 2.4 GHz frequency is typically a lot more congested since more people (and devices) use it for Wi-Fi. The 5GHz band, though, is generally pretty free of anything except other 5 GHz Wi-Fi devices, which are still significantly less common than those that use the 2.4 GHz band.

At least every portable Wi-Fi hotspot has a minimum of a Wireless Protected Access 2 (WPA2) encryption standard. The Security and privacy features are even more important in a travel router that you’ll be using in more public spaces.

Public Wi-Fi hotspots are usually prone to hacks because a hacker can intercept your traffic between your travel router and the public hotspot. While using a wired connection, the chances of being hacked reduce but monitoring your traffic is still possible when using a hotel’s network.

In this case, you will need a portable Wi-Fi hotspot with built-in Virtual Private Network support. This functionality enables your connection to encrypt as soon as you plug it in, automatically.

There are portable Wi-Fi hotspots that can fill in as mobile hotspots for internet access to your mobile devices through an LTE cellular network. This is usually accomplished by including their built-in LTE modem that you can activate with a SIM card or simply supporting a third-party LTE modem through a USB connection.

The sole purpose you need your portable Wi-Fi hotspot for is to provide you with a Wi-Fi network while on the move. However, some go the extra mile, offering features such as integrated USB ports or microSD card slots that share media and other files with your other devices.

Other routers even act as a portable battery pack to recharge your smartphone while on the go. However, all these are just bells and whistles. A mobile Wi-Fi hotspot with a battery large enough to be a power bank will be bulkier.

An excellent mobile hotspot should provide you with convenient wireless internet speeds while maintaining a secure network. All the great features should not be at the expense of the other items on your budget.

It is common knowledge that expensive does not always equate to good, so consider all variables before making a suitable choice.