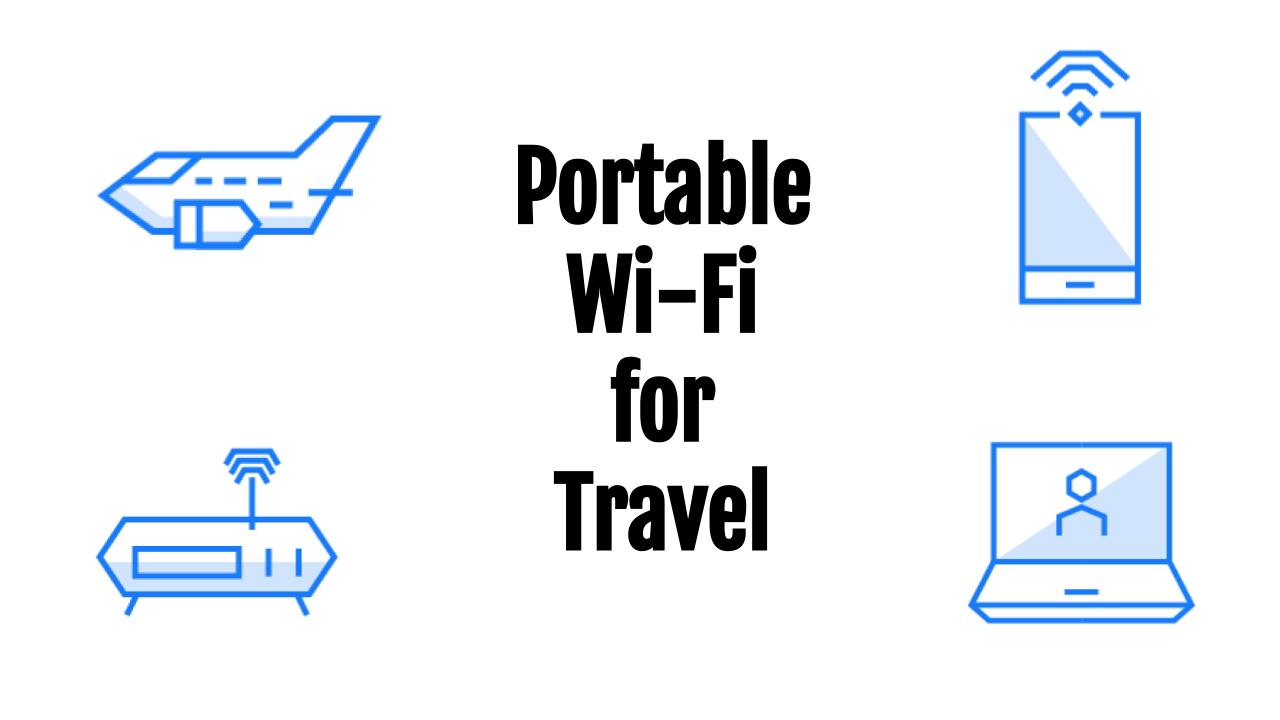 WiFi is an absolute necessity if we want to keep in touch with friends, family and work. It gives us the flexibility to stay connected whether we are half way around the world, camping in a remote location or driving across the country on a long road trip.

Portable or Pocket Wi-Fi is a small device that enables internet connectivity anywhere. A pocket WiFi device creates a WiFi network where one didn’t exist previously. You can connect to it using your tablet or other WiFi-enabled device and get online as if you were doing so from the comfort of your home.

Furthermore, it allows others in your group to connect as well. Friends and family traveling with you can all stay connected. So essentially it is a means to create a WiFi hotspot just like the one you have at home, wherever you go.

How cool is that?

Let’s now get into some details including how these portable, sometimes called Pocket WiFi devices work.

How does Portable WiFi technology work?

Pocket WiFi packs some very cool wireless technology into a very small device. To understand how a portable WiFi system works, let’s take a look at one of the most popular products – the GL.iNET Wireless Travel Router. This very versatile router, also called the Mango has a number of operating modes.

How many different ways can you connect to the Internet with the GL.iNET Mango?

The first and easiest way to do so is to connect the GL.iNET Mango using a cable to the Ethernet port in your hotel room, for instance. Obviously this won’t work outdoors. With this, you have a wired connection to the Internet – likely the most reliable and secure way of connecting to the Internet. You can now connect by plugging your laptop to this device using an Ethernet cable.

Alternatively, you can enable Wi-Fi and connect to the GL.iNET it over wireless. You’re now connected to the Internet.

The obvious question is: Why would you do this in your hotel room if you already have Wi-Fi? Many reasons – a few of them being:

The next way to connect to the Internet is over the cellular or 4G network. For this you will need to plug in a USB modem that facilitates this link.

Now as in the previous case, you can enable the Wi-Fi capability of the GL.iNET Mango and connect to it over WiFi or connect to the device using Ethernet cable.

Yet another way to connect to the internet is to tether to a phone with internet connectivity over cellular. Tethering is accomplished by connecting the phone using a USB cable and connecting it to the portable Wi-Fi hotspot.

There are some limitations as Tethering with the GL.iNET will only work with Android devices and not iPhone. The question you might ask is why would you want to tether your phone to this router instead of running your phone as a hotspot itself. The benefit is that you can use other built-in features of the router such as VPN which your phone will not allow you to share.

In a final mode of operation, the GI.iNET can act as a repeater to extend the range of your Wi-Fi network. In this scenario, there’s a pre-existing WiFi network and you’re extending it with the GL.iNET such that the network extends across your home or campsite for instance.

Some other interesting applications for Portable WiFi

Many hotels and motels only offer basic cable and you have no access to services like Netflix. The best way to watch Netflix is to carry your laptop with you and a Chromecast device so you can cast to the TV in your room. Most hotels use a web-based interface for getting on the Wi-Fi network, and currently Chromecast devices are not compatible with such systems. So a simple workaround is to use the GL.iNET to set up your very own Wi-Fi network.

The GL.iNET also helps you get past a device limit that is imposed by some hotel Wi-Fi networks. In many situations you cannot connect more than 3 devices to the hotel WiFi network. The Mango solves this problem. Once you set it up either over cable Ethernet or Wi-Fi, you can have up to 30 devices connect to it over Wi-Fi.

Set up a VPN

The GL.iNet pocket router has a pre-installed VPN server and client in OpenVPN and WireGuard. Among other benefits, a VPN allows you to view media and content that may be restricted in your geography. It also allows you to maintain your privacy on the Internet.

What’s the fastest way to connect to the Internet using the GL.iNET Mango?

The fastest way to connect is to use Ethernet. Wi-Fi is susceptible to issues like RF interference which can limit the speed at which you are able to download content.

Can’t I just use my phone as a hotspot?

Yes you can. A phone however has limited connectivity options. You cannot run an Ethernet link into your phone for instance. As well you cannot easily share your phone’s VPN with devices that connect to it.

How can I power the Portable WiFi?

The pocket WiFi is powered using a USB power port. The Power Consumption is < 2.75 Watt and Power Input is 5V/1A. It can be powered with a USB supply.

The GL.iNET Mango is a versatile pocket router. With its many operating modes, the device can support multiple Wi-Fi connections in hotel rooms, on the road or while camping. It’s a cost-effective and easy way to stay connected wherever you go.