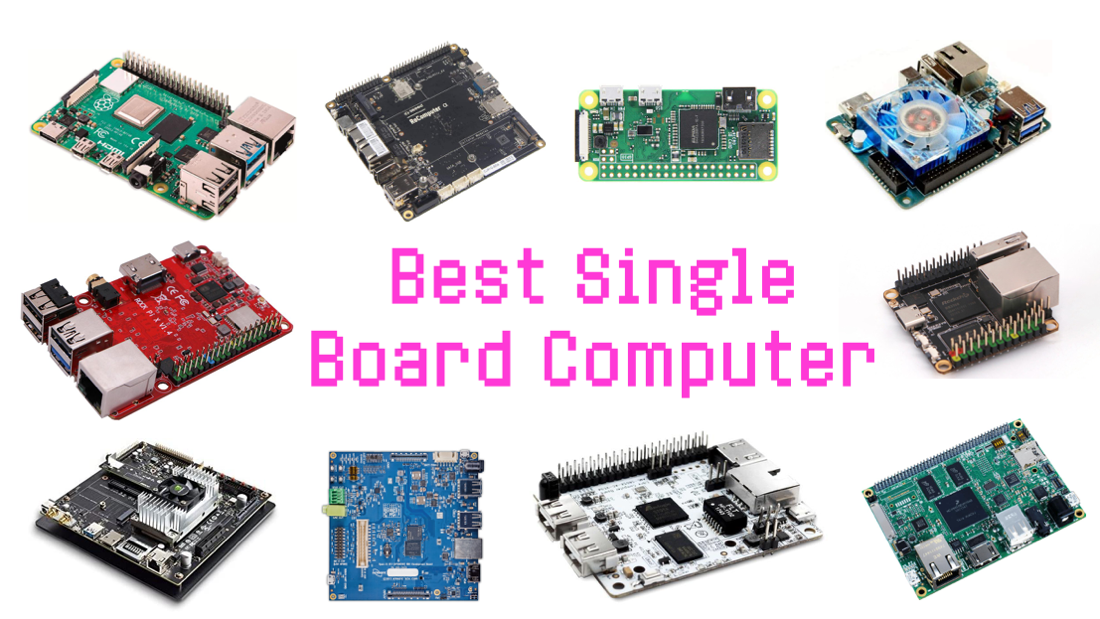 In a single board computer or SBC all the constituent components such as CPU, memory and interfaces are on the same circuit board. This integrated architecture leads to lower size, cost and weight. SBCs are used in media centers, robotics, home automation and many other applications that require embedded computing power.

There are many SBCs on the market today. We have done the research so you don’t have to, and we have come to the conclusion that the ODYSSEY x86 Mini-PC is the best SBC available on the market today. The runner up and a close contender for first place is the Asus Tinker Board S.

Here is our table of the best single board computers for 2021. Below we have also reviewed each of our top picks and outlined our research methodology.

By connecting a mouse, keyboard and monitor, the powerful ODYSSEY x86 Mini-PC can be turned into a mini-PC in a very short period of time. The on-board Arduino co-processor allows connection to multiple sensors such as gyros etc. Some of the applications it can be used for are Mini-PC, router, thin client and network-attached storage (NAS).

Users have been very satisfied with the Odyssey X86 when is has been used as a server or desktop running either Windows or Ubuntu. Some users report that other SBCs with comparable performance cost twice as much. Most users gush about the amount of features and connectivity options that are available on the Odyssey.

The Asus Tinker Board S is available in similar dimensions to the Raspberry Pi and also includes a 40-pin connector. But it outperforms the Pi because of a faster processor and better GPU. This performance advantage over the Pi has been confirmed by users running benchmark tests.

Users have expressed satisfaction with the desktop-approaching performance of the Asus Tinker Board S and its Gigabit Ethernet connectivity. Users have reported replacing their Raspberry PIs with this SBC because of its better performance. Some users have reported heating issues which were solved by adding a fan on top of the heat sink.

Most users who are “in-the-know” acknowledge this SBC as the best package for AI development and Machine Learning. The Jetson TX2 is specifically designed for AI and should not be considered for general purpose uses. Users might need to learn from multiple sources before they are able to benefit from this powerful SBC.

The is a great all-around SBC which supports blazingly fast data transfer speeds with the built-in Gigabit Ethernet, eMMC and USB 3.0. This equates to faster networking, web browsing and gaming.

Users report satisfaction with the ability of the Odroid XU4 to operate as a VPN router, for N64 emulation and as an Android TV. Users also like the fact that the SBC can be used for gaming console emulation and performs better than a Raspberry Pi. Compared to the preloaded eMMC which works without a hitch, some users have reported difficulty in booting the unit with SD cards.

This is the platform that triggered the popular SBC revolution. The new and more powerful version from Raspberry comes with same shape and size. It can be used to easily replace older versions inside existing projects.

The Raspberry Pi 4 Model B is a powerful SBC with a wide range of features. The community and support which are available make it the best SBC for beginner-level users learning about electronics.

Users who have been using older versions have reported satisfaction with the increased processing power of the new Raspberry Pi. Some users have reported that, contrary to being marketed as compatible with older versions, this SBC can’t be used with SD cards from existing Pi systems as it requires a new operating system. Furthermore, this new Raspberry Pi has a micro-HDMI port whereas earlier versions came with mini-HDMI.

The Raspberry Pi Zero W is a SBC which will fit the budget of almost any user. The small form factor enables integration of this SBC into many devices such as laptops, cameras and robots. This is a barebones SBC with powerful functionality.

Users are satisfied with the performance of the Raspberry Pi Zero W given that it is a very economical device. Some users have reporting CPU overloading when streaming multiple cameras.

What can I do with a Single-board Computer SBC?

Here is a list of some applications you can use a Single-board Computer (SBC) for:

The possibilities are endless!

Is the Arduino a Single-board Computer (SBC)?

No, the Arduino is not a single board computer. Arduino is a single-board microcontroller.

What is the best Single-board Computer SBC for Computer Vision?

The best SBC for computer vision is the Jetson TX2. Here is a video that shows the Jetson Nano performing vision recognition on a live video stream using a deep neural network (DNN).

What is the best Single-board Computer SBC for a Media Center?

The best SBC for Media Center is the ODYSSEY x86 Mini-PC as it has a powerful processor, all the connectivity options, and interfaces for adding storage in addition to 8 GB RAM.

What is the best Single-board Computer SBC for Software-defined Radio (SDR)?

How we Picked the Best Single-board Computer SBC

Over the past decade we’ve seen a number of single-board computers enter the market at a variety of price points, capabilities and features. There’s also been strong interest in SBCs for a variety of applications from Industrial to Consumer. We looked at a wide range of SBCs – analyzed a number of different factors to include key specifications, price and made our top picks. Here is a list of what we considered:

Modern applications require more and more horsepower. It’s the one thing that we can’t have too much of. And the other is RAM.

If the SBC needs to fit into an enclosure or embedded into a system, the form factor will be one of the major considerations.

SBCs with both wired and wireless connectivity options will find a larger range of applications than those limited to either of the two.

One the benefits of SBCs is that they are available at multiple price points, from the beginner level user just starting their journey to the advanced level user who will use the SBC for a very specific application.

A larger community means better support. It could also mean the difference between a SBC being used and a SBC which is discarded because a solution to the problem(s) being faced can’t be found.

The Future of Single-board computers

There’s growing interest in SBCs for a variety of applications. In general there is a trend toward smaller size and more intensive processing of larger amounts of data. All this at lower price points to allow SBCs to be included in more products.

Single board computers or SBCs are the modern do-it-all. They are available with different features and suit beginners and advanced users. Based on detailed research and analysis here are our top picks:

Applications that drive the use of SBCs are changing very rapidly and there continues to be a lot of innovation in hardware chipsets and components. This in turn is driving the development of platforms with increasing capability and decreasing price. We believe this is just the start of a new revolution in computing platforms.