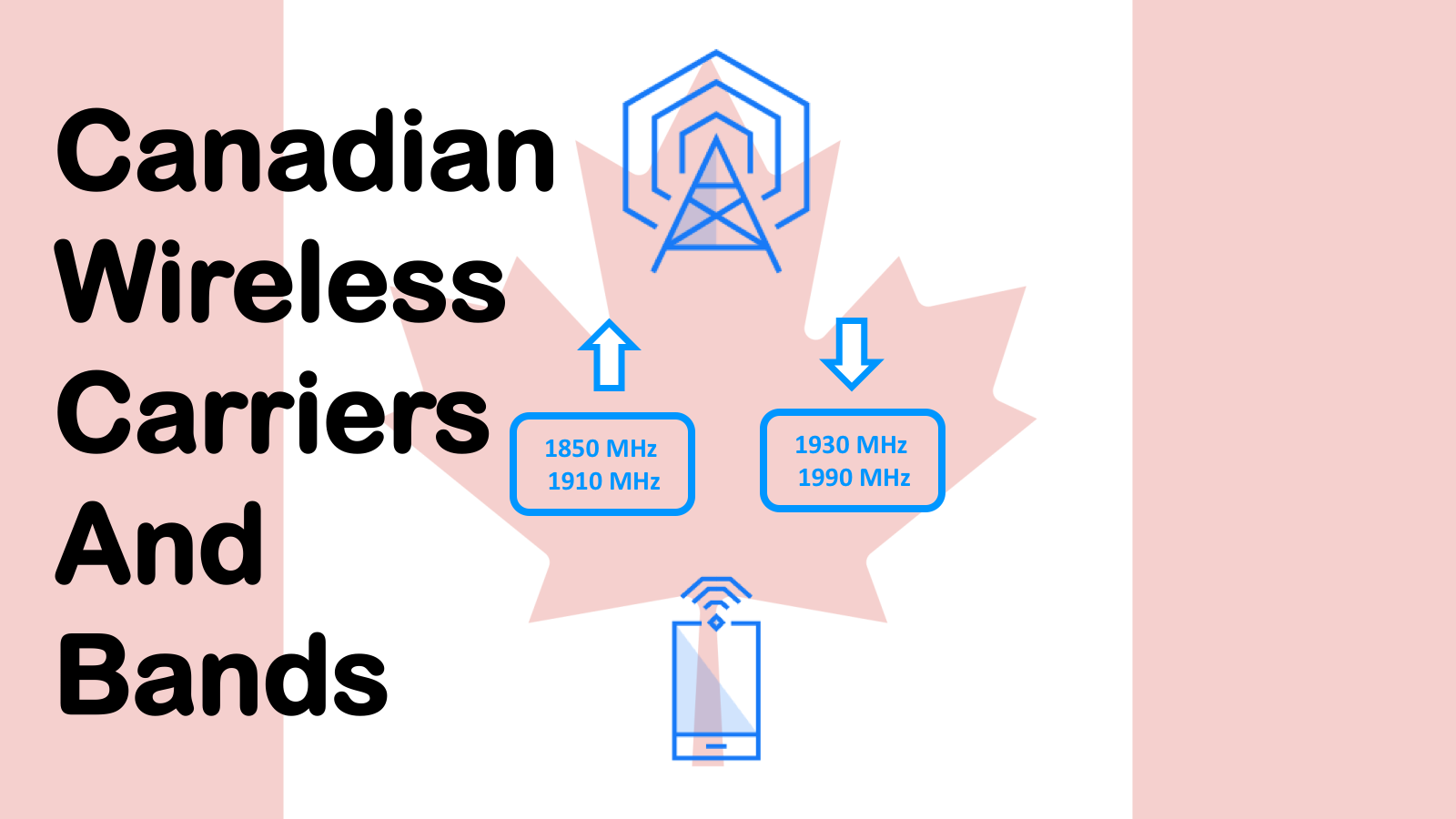 In this post we will explain what cellphone bands and frequencies mean. We’ve chosen to focus on Canadian carriers here, but it applies worldwide to all carriers. We’ll explain how to pick an accessory like a cellphone booster or a cell phone such that it works on your network or with your carrier.

What are bands in cell phones and why are they important?

A band is quite simply a range of spectrum. Within the context of cellular, i.e. 3G and 4G technologies that most people are familiar with, carriers purchase licenses to operate in specific bands, or regions of spectrum.

Whether you’re buying a new cellphone or a signal booster it is important to know what band your carrier operates in and ensure that the products you buy are able to operate in the same bands. Otherwise you might find, like I once did, that your phone simply won’t work!

We have compiled a list of Canadian carriers and the bands they operate in. Carriers have licensed bands of wireless spectrum and transmit wireless signals in these bands. Strictly speaking though, a carrier will likely license only a portion of a band and is able to operate only in that specific region. Moreover bands are also typically licensed geographically.

Below is a list of carriers and the bands that they operate a specific technology in.

When you read this table you will notice that many carriers appear to be operating in the same band. For instance, Rogers and Telus both use band 2.

How is it possible for carriers to utilize the same band?

How do I know what band my phone is?

Every phone has a complete list of bands it is able to operate in. You have to review the Specifications of the cellphone to find this information. Let’s take a quick look at this Samsung phone’s specifications to understand how bands are specified. This phone works on the following 3G, 4G bands and the prefix ‘B’ for ‘band’, is often used

Based on the above, the Samsung Galaxy S21+ 5G phone can be used on any Canadian carrier’s network.

What LTE band is used in Canada?

What is Rogers 5G band?

What is the Bell 5G band?

Bell is building out 5G in band n66

What is the Telus 5G band?

Telus is building out 5G in band n66

What is the Videotron 5G band?

What is the frequency band of 5G in Canada?

Below is a table of Canadian carriers that are building out and operating 5G networks and the bands.