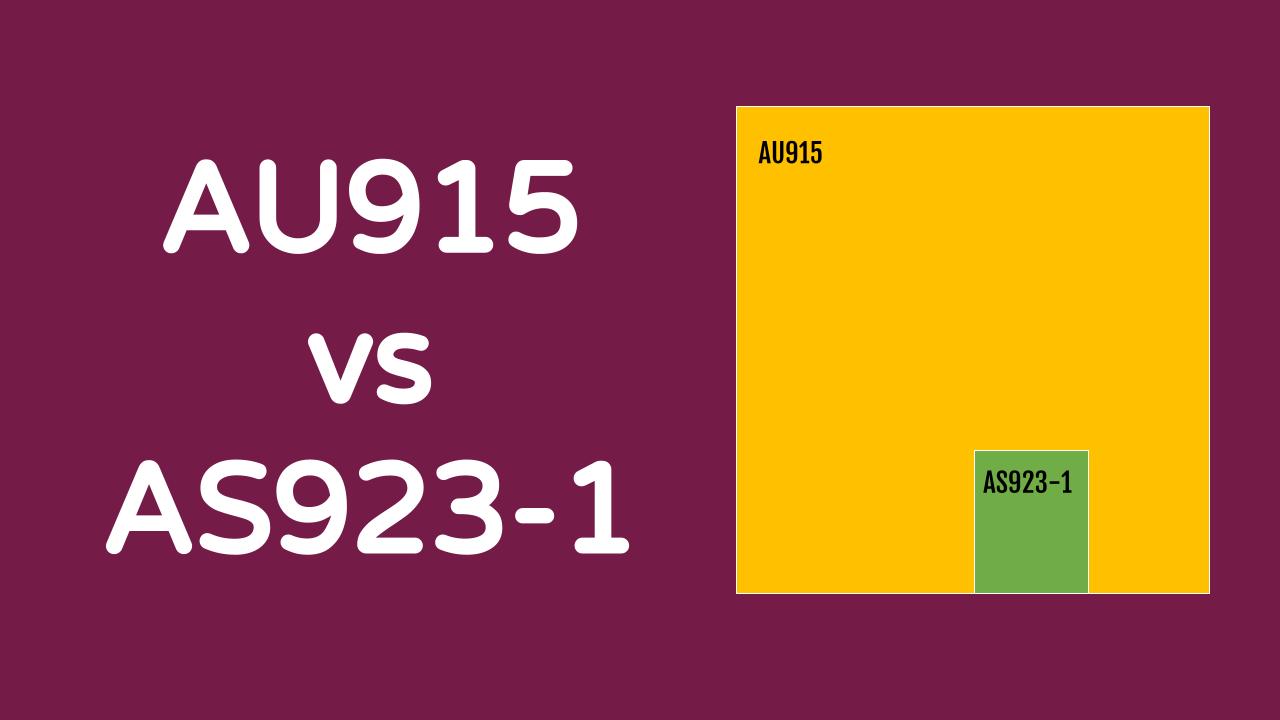 Recently there has been an announcement of a fairly big technical change in the Australian Helium network. This has to do with what frequencies the network operates on. Today the Helium network in Australia operates in the AU915 band (not to be confused with US915).

However the network will soon be switching to AS-923-1 band. Let’s get into some of the details to understand what this means for the network and for you.

What does Helium frequency mean?

How to change the frequency of my Helium Miner?

The frequency of a Helium miner cannot be changed by a user. A helium miner operates on the frequency depending on the region it is operating or asserted in. For instance a miner located and operating in the USA will beacon and witness on frequencies in the US915 list.

What are the frequencies for AU915 ?

What are the frequencies for AS923-1?

The switch in frequency range means that miners that are currently transmitting beacons in the range of 916 MHz to 928 MHz will begin to transmit over a narrower range of frequencies from 922 MHz to 925 MHz and at a lower power level relative to the current limit.

What are the Pros of the switch to a different frequency plan?

Large public operators (NNNCo, Spark, Ventia) and organizations (Sydney Water, Urban Utilities) in Australia use the AS923-1 band and it’s important for devices to work with these networks. There is however one operator that uses the AU915 band (TTN)

It is easier for Helium IoT devices to roam from one country to another in the region is easier as most countries around Australia and New Zealand use AS923-1. So you can imagine if your IoT device like an asset tracker were to move from Australia to Malaysia for instance, it would disappear from the network if the frequencies were not the same.

In Australia, 5G is being rolled out in a number of sub 1 GHz bands. One of them includes the range of frequencies 890 MHz to 915 MHz.

By moving the Helium operating frequencies further away to 922-925 MHz, there’s more opportunities to reduce interference with the use of an RF filter for instance.

What are the Cons of switching to a different frequency plan?

This means that IoT gateway and device transmissions will have to reduce their output power by 14 dB or 96%.

When power is reduced it has direct implications on range. In small city with many Helium miners that’s not an issue, but when you consider the large area of Australia it has significant impact for nationwide Helium network coverage as many more miners will be required.

Practical concerns for devices currently in the field

The most important consideration is that Helium miners in the field should continue to operate as normal. There is uncertainty around some of the miners in the field like the Bobcat 300 – US915 miners did not work in Australia for instance. However our recommended miners for Australia should operate normally.

A wider frequency range allows multiple options for transmission and reception of signals. Think of it like a highway. With more lanes more cars can be accommodated. A wider band enables a miner to increase capacity, transfer more data and avoid radio interference. So the switch to a narrower frequency range is very limiting.

What is the frequency of AU915?

In this post we have discussed the move in Australian Helium frequencies. We anticipate this transition to occur some time in 2022.