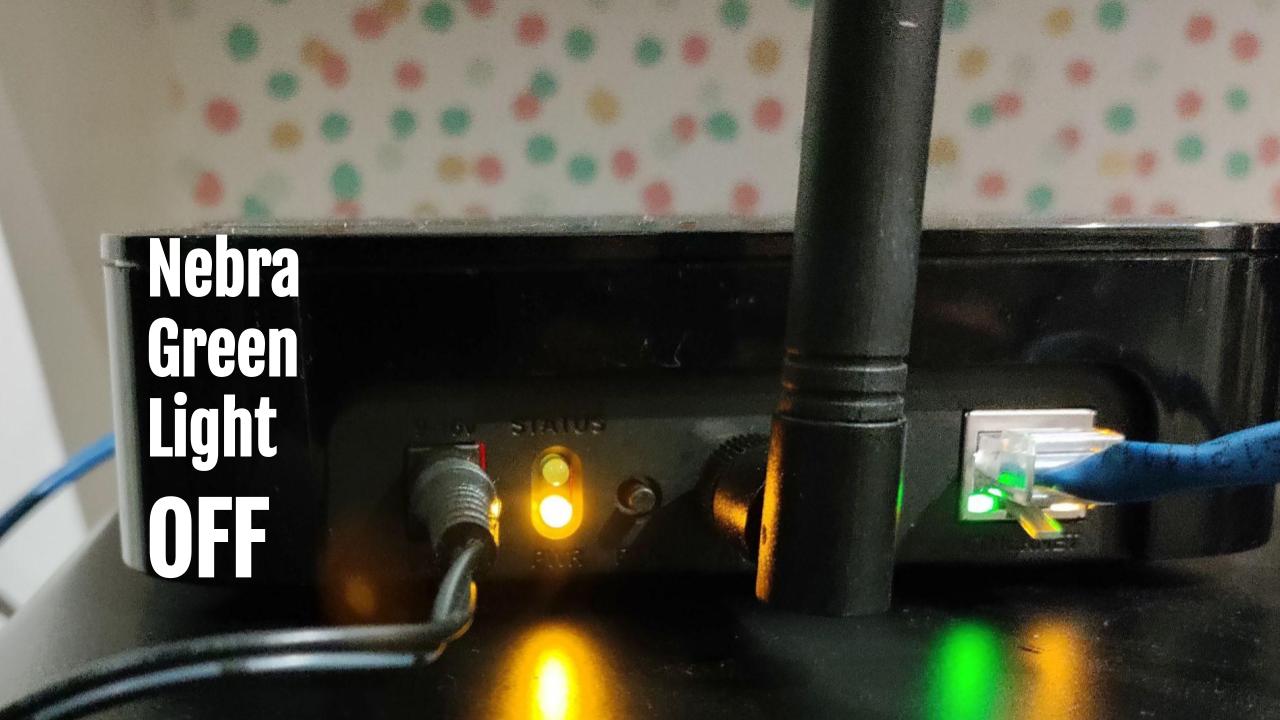 If you have a Nebra Helium hotspot and your rewards have flatlined since December 2 or thereabouts, you’re not alone. Based on reports online, many people now have bricked Nebra miners and that’s a problem.

Nebra hotspots have two LEDs on the back panel – one Green and one Amber. When the miner is powered on, the Amber light comes on first. This is normally followed by the green activity LED – it comes on and starts blinking slowly. This is when you can connect to the miner with your phone using Bluetooth if needed.

After a few minutes, the green LED alternates between solid and blinking.

However, the green LED doesn’t always follow this pattern. Especially not lately for many Nebra hotspot owners.

A couple of weeks ago I noticed the green activity LED blinking eight times in succession followed by it turning off. The pattern was repetitive. Then the green LED went off completely. – no more blinking. Only the Amber light came on when the device was powered up. Repeated the power off and on cycle a few times but there was no change in behavior.

According to the Nebra diagnostic page “If the light does not turn on, there may be an issue with the daughterboard inside the unit. Open your unit and investigate, many issues can be resolved by reseating components.”

Attempt to Solve the Problem

As a first step, I took the lid off the miner, powered it down and re-seated both the Raspberry Pi compute module and the LoRa concentrator module. There was no change in the green light status when I powered it back on again.

There didn’t appear to be any issue with daughterboard connectivity in the miner.

Research and a Solution to the Problem

After doing some research online, I found that the culprit in many cases (including mine) was actually a firmware upgrade sent out by Nebra that affected many miners. Essentially it bricked them.

When designed properly, a failed firmware upgrade attempt should result in the miner reverting back to the state it was before the upgrade was attempted. Alternatively, there should be a way to restore the factory settings. But neither of these are the case with the Nebra miner. As a result the Nebra hotspot just turns into an expensive paper weight.

In my case I could no longer connect to the miner over Bluetooth – not sure if Nebra can reach it either.

To better understand what is happening here let’s take a closer look at the Nebra miner. The hardware like other miners uses a Raspberry Pi. Specifically it uses a Raspberry Pi 3+ compute module as seen in the block diagram below. The RPi in turn uses a 32 GB eMMc (embedded Multi-Media Card) Flash memory.

If you have version 1 of the Nebra miner, the eMMc was soldered directly on to the Raspberry Pi. I have version 2 and it has an eMMC module as shown in the picture below. This eMMc fits in the SD card slot on the RPi.

When the miner is updated, the firmware on the eMMc is modified.

Some people have reported their eMMC card has burned out as shown in the picture below. In this case the eMMc is not functional and cannot be updated at all. If this is what you see when you open the miner, you will definitely need a replacement card from Nebra.

If your eMMc card is not burned out, it’s very likely that the firmware on the eMMc is corrupted. If this is the case, a reddit user has outlined a fix.

The user has been able to identify one specific file that was corrupted during the update process. It’s unclear as to why some miners were affected and others were not. This proposed fix essentially replaces a file called “start_cd.elf”.

Please note that some of the recommended fixes that you find online will void the manufacturer’s warranty. If not done properly, it could also mess up your miner. Proceed at your own risk.

The best approach is to contact Nebra support. It may take a while for them to get back to you as they have been inundated with support requests. As well they will have to go through their own due diligence on your problem before possibly determining that it is an issue with the eMMc card.

Update on Dec 9: Nebra support will be sending me a new eMMc to replace the one that’s not working.

This is an unfortunate issue for Nebra and their customers. Every time a miner goes down, it means lost HNT earnings and more time and money spent dealing with the issue. The easiest solution to this problem would be for Nebra to: