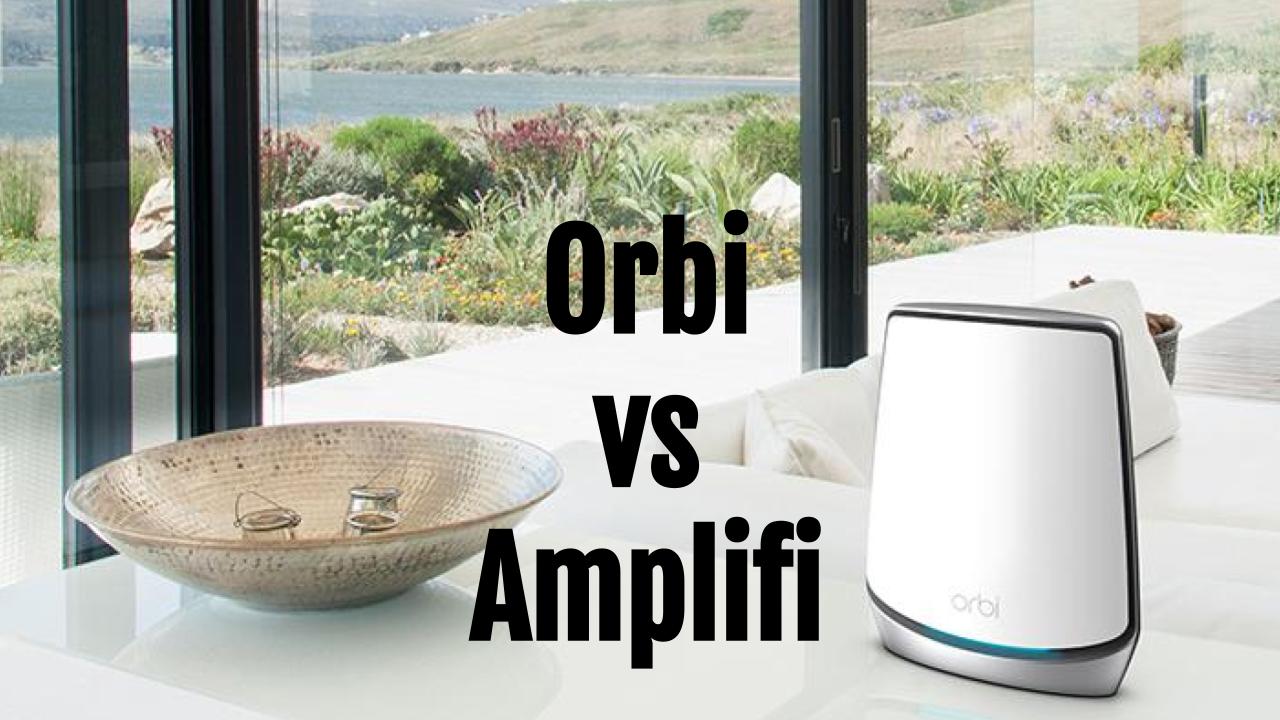 The Netgear Orbi WiFi 6 (RBK852) is a mesh Wi-Fi 6 system known for its solid performance and outstanding connectivity, facilitated by its two-piece setup. It is suited to large homes and users seeking broad network coverage, with a measure of configuration that the AmpliFi Alien does not provide.

The Ubiquiti AmpliFi Alien on the other hand, is loaded with above-the-cut specifications that will immensely please any large homeowner. It is much more suited to users who seek comprehensive coverage without too much work setting things up.

It, therefore, resonates pretty well with non-tech-savvy users due to its signature user-friendliness and comprehensive coverage. The AmpliFi Alien comes as a standalone router or a mesh set of two; the router alongside an excellent range extender.

Differences between the Orbi WiFi 6 (RBK852) and the AmpliFi Alien

Let’s take a look at the specifications of the Orbi and Amplifi side by side. We have highlighted the significant differences between the two products.

Which device is better?

The 2.5 Gbps WAN port that the Orbi has is essential for users with a wired network as it beats the Alien’s 1 Gbps. The feature allows users to connect the router to the satellite using Ethernet to unlock full wired backhaul capabilities. Since the 1Gbps is robust enough, the 2.5 Gbps does not matter for most users and will not for years to come.

The ample headroom in the Alien’s wireless connection is suited to multiple devices even though some speed is lost for the 1Gbps WAN port and absent link aggregation. As more superfast Ethernet devices hit the market, high-end enthusiasts will want more from the WAN port. With its 10 Gbps Ethernet option, the new Mac Mini is a perfect example of one of the devices that could push users towards the Orbi. We can expect Ubiquiti to offer a timely response.

It simply means large homeowners get a great connection without worrying about speed drops and dead zones on their property. The huge bonus is that they don’t have to make additional expenses acquiring more Orbi satellites.

The singular Alien router will serve owners of smaller homes perfectly and comes at about half the Orbi’s price. The latter’s 5,000 sq. ft. coverage is sufficient for small homes, too, though central placement is still essential for both.

You can add an unlimited number of mesh points to the AmpliFi Alien, while the maximum recommended number of additional satellites to the RBK852 is four.

Do the AmpliFi Alien and the Orbi RBK852 have monthly payments?

The AmpliFi Alien has no monthly payments or subscriptions, while some features of the Orbi RBK852 require a premium monthly subscription. These include Antivirus Protection, ProSupport for Home, and Smart Parental Controls.

Is AmpliFi Alien a good router? Can I say the same about the Orbi RBK852?

Yes, the AmpliFi Alien is a good router that meets even the most advanced connection needs that users have. The same can be said for the Orbi RBK852, which is also among the best WiFi 6 related devices.

Can you have two or more AmpliFi routers at the same time?

You can have two or more standalone AmpliFi routers at a time meshed into one network. Users who do this stand to have a consistent network strength everywhere as the routers are now the would-be mesh points.

Can you also mix and match Orbi satellites?

Remember that you can’t mesh two independent wireless kits together but only standalone routers. For the Orbi, you can mix and match them as long as they are all WiFi 6 units and not backward to WiFi 5.

Do the AmpliFi Alien and the Orbi RBK852 have a dedicated backhaul?

How do I connect two AmpliFi Alien routers?

Set up one AmpliFi Alien to operate as the primary router, then switch on the other within proximity. The primary router will detect the other as a new mesh point, and you can then add it to the network. After giving it a new name, your new setup should be ready to run the show seamlessly.

Is AmpliFi a modem or router?

No. The AmpliFi is not a modem and will not replace it since it’s just a router. You will still need your modem as a bridge between your ISP, any devices, and the AmpliFi router.

Is it better to hardwire the Orbi satellite?

You can hardwire your Orbi satellite to eliminate network inconsistencies and in cases where your router signal does not reach the satellite. You should consider acquiring a standalone access point instead if you don’t already own the initial setup. A huge consideration is the cost involved in the former case, yet you can achieve similar results with the latter.

That said, you can also link your router to the satellite using an Ethernet cable, and the same works for a satellite to a satellite.

Does Orbi RBK852 require a modem?

The Orbi RBK852 is not a modem even though it works effectively with existing modems or gateways. The only catch is that the modem or gateway should have router functionality; otherwise, you will need to turn off their WiFi feature for improved performance.

If I switch to AmpliFi Alien from the Orbi RBK852, would I have to replace everything?

In this post we have compared two market leading access points and compared their performance. Clearly each has its advantages. Increased WAN speed of 2.5 Gbps for the Orbi WiFi 6 (RBK852) to higher WiFi speed of up to 7 Gbps for the AmpliFi Alien. 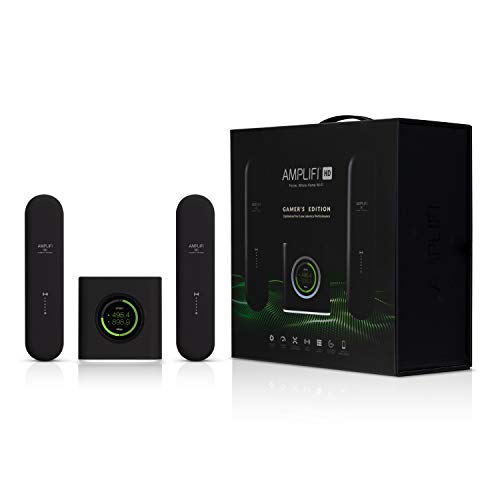