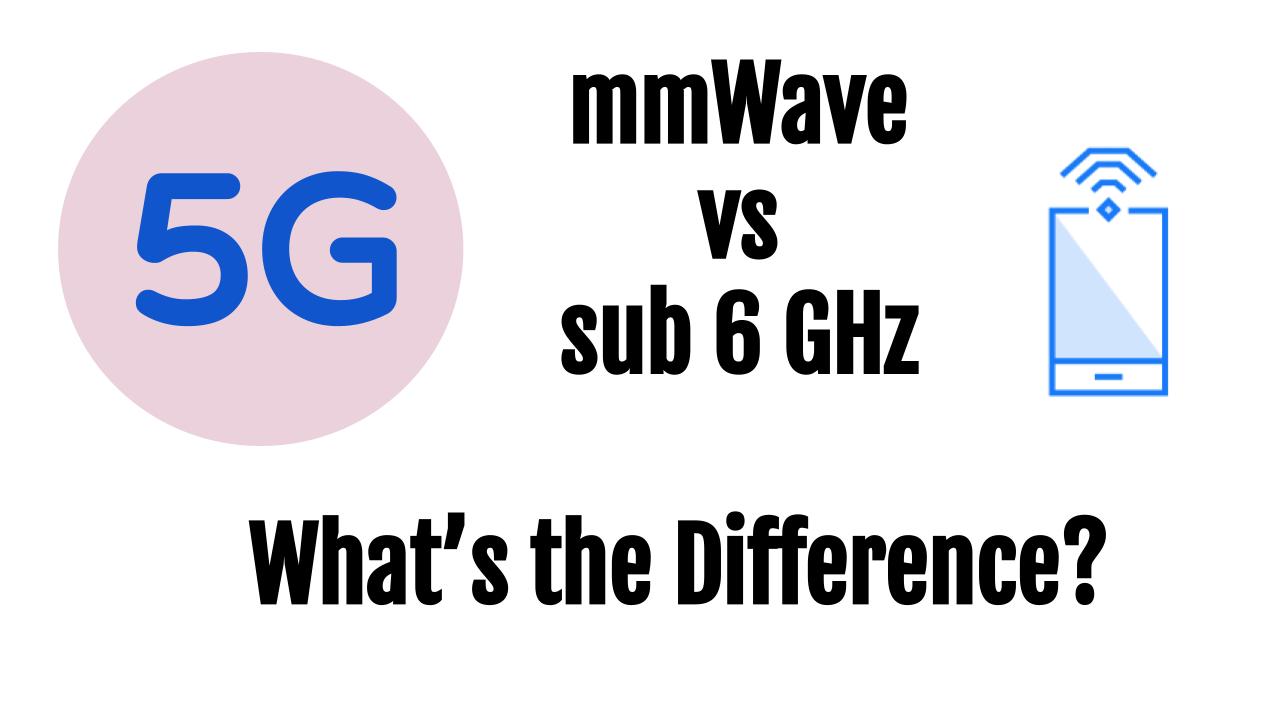 For the past few years we’ve been hearing about mmWave 5G and now, in 2020 it’s finally here! mmWave 5G promises amazing speeds of 10 Gigabits/second, very low latency of around 1 millisecond, and many other amazing features. It currently operates in the frequency range between 24 GHz and 40 GHz.

Verizon has deployed this technology in many major cities across the USA. Here is a map that shows Verizon’s mmWave or Ultra Wideband 5G deployments.

While mmWave 5G deployments have been limited to date, they will grow over time. Verizon will also be deploying Sub-6 GHz 5G networks this year. As the name suggests these networks will be deployed at frequencies below 6 GHz.

In 2020 we have also seen many new 5G phones – some of which support mmWave and others that don’t.

Differences between mmWave 5G and all other wireless systems

As the name suggests, mmWave 5G operates at mmWave frequencies starting at 24 GHz. Why do we need to move to mmWave frequencies? To support higher upload and download speeds we need more bandwidth. A single channel of mmWave 5G can be 400 MHz wide. That large amount of contiguous bandwidth is simply not available at lower frequencies as almost all the spectrum has already been allocated for other applications.

The picture below shows the bandwidth of 5G systems relative to other cellular technologies.

Radio Signals in the Real World

To put things in context, we have never operated our cellular communication systems at mmWave frequencies. The highest we have operated at is around 2 GHz for 4G systems and 6 GHz for Wi-Fi systems.

The only wireless systems we have implemented at mmWave frequencies are point-to-point, line-of-sight links. We will, for the first time ever, have to deal with operating in challenging mmWave RF environments.

What does that mean?

mmWave signals don’t propagate very far. They are in fact obstructed by even the smallest of objects on account of their small wavelength. Trees, buildings, moisture – all affect mmWave signal propagation. As a result, cities and suburbs are very challenging environments from a mmWave perspective.

So how do we propose to solve the problem? The plan is to deploy about five times as many 5G base stations as with 4G and to use a technology called beamforming. As the name suggests this focuses RF energy beams in specific directions – toward users in particular.

However there still remains the fact that we have a relatively poor understanding of how exactly RF behaves at these frequencies in city environments where things change fast. Buildings and other structures appear relatively quickly and sometimes unexpectedly. The behavior of RF signals will then change accordingly and often unpredictably.

Unlike with previous systems operating at 2 GHz, we have not had the benefit of four decades of research and development. We have barely had two years to develop an understanding of how mmWave will work.

The average phone today has multiple wireless sub-systems operating in it. Everything from 2G to 4G with Wi-Fi, Bluetooth, NFC and sometimes even FM. In small cell phone dimensions this is potentially chaos from an RF standpoint with signals interfering with one another. Increased power consumption of mmWave components is another significant issue as it results in more heat dissipation and lower battery life.

mmWave phones have multiple RF antenna modules designed to improve signal reception – a complex task without a doubt. Each of these has its own amplification, power management and transceiver. This complexity adds to the cost of hardware and results in a factor of three times higher relative to the average 4G smartphone.

What about testing mmWave phones on the manufacturing floor? As mentioned earlier, most of our wireless communication systems have been operating below 2 GHz. Even when you consider Wi-Fi, we don’t get any higher than 6 GHz. There are a number of RF testing products such as spectrum analyzers and signal generators that operate up to 6 GHz. They are not very expensive. 5G mmWave however requires test equipment that has to cover 40 GHz at least. Such equipment can cost as much as $100,000 or more. Not very affordable at all.

In this post we have talked about some of the RF challenges that we need to overcome to make mmWave 5G a success. We provided an overview of about three broad areas: RF propagation, Phone hardware and Development costs. The challenges in each of these areas are very daunting but exciting at the same time.

Read our post on how to measure 5G radiation