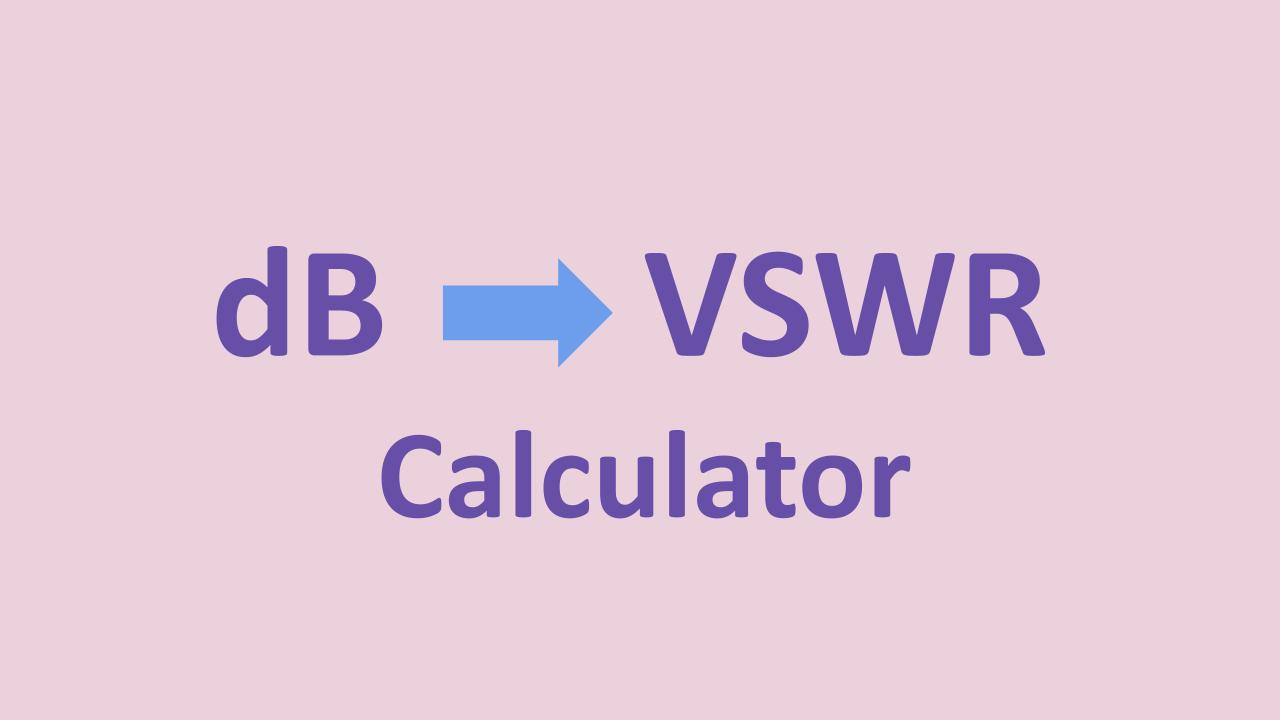 This tool converts the Return Loss in dB to Voltage Standing Wave Ratio.

What is Return Loss?

Return loss is the ratio between the incident and reflected energy at the input of an RF system. Mathematically it is represented as

Ideally the reflected power is as close to zero as possible. For example if half the incident power is reflected back to the source, the Return Loss is 2. On a logarithmic scale it is 3 dB.

Consider an antenna as an example of an RF system connected to the output of a transmitter. Ideally all the transmit power is transferred to the antenna. However, a low value of return loss (resulting from a poor match) will result in a large percentage of this power to be reflected back to the transmitter.

Practically, if the power at the output connector of a transmitter is +30 dBm and the return loss is 3 dB, then only +27 dBm is transmitted. This lowers the transmission range significantly. For example, in the case of an FM broadcast in a rural setting, the range is lowered from 11 km (ideal) to 7.8 km (3 dB return loss). This represents nearly 30% loss in range due to mismatch at the antenna.

The goal of an antenna designer is to minimize the amount of reflected power for a given level of incident power. In other words to maximize the value of Return Loss.

The value of return loss for an antenna will vary with frequency. An antenna designed for the FM band should have excellent (high) return loss in the range of frequencies 88 MHz to108 MHz. It may have poor values of return loss outside this band.

Can Return Loss be Negative?

No, it cannot. Return loss is always a positive number.

Voltage Standing Wave Ratio (VSWR) is another measure of the efficiency of power transmission from a source to the load.

The minimum value of VSWR is 1. In this case all the power from a source is absorbed by the load. A VSWR of 10 is equivalent to a return loss of 1.75 dB.

A good value of VSWR is less than 1.5. This is equivalent a Return Loss of 14 dB or higher.