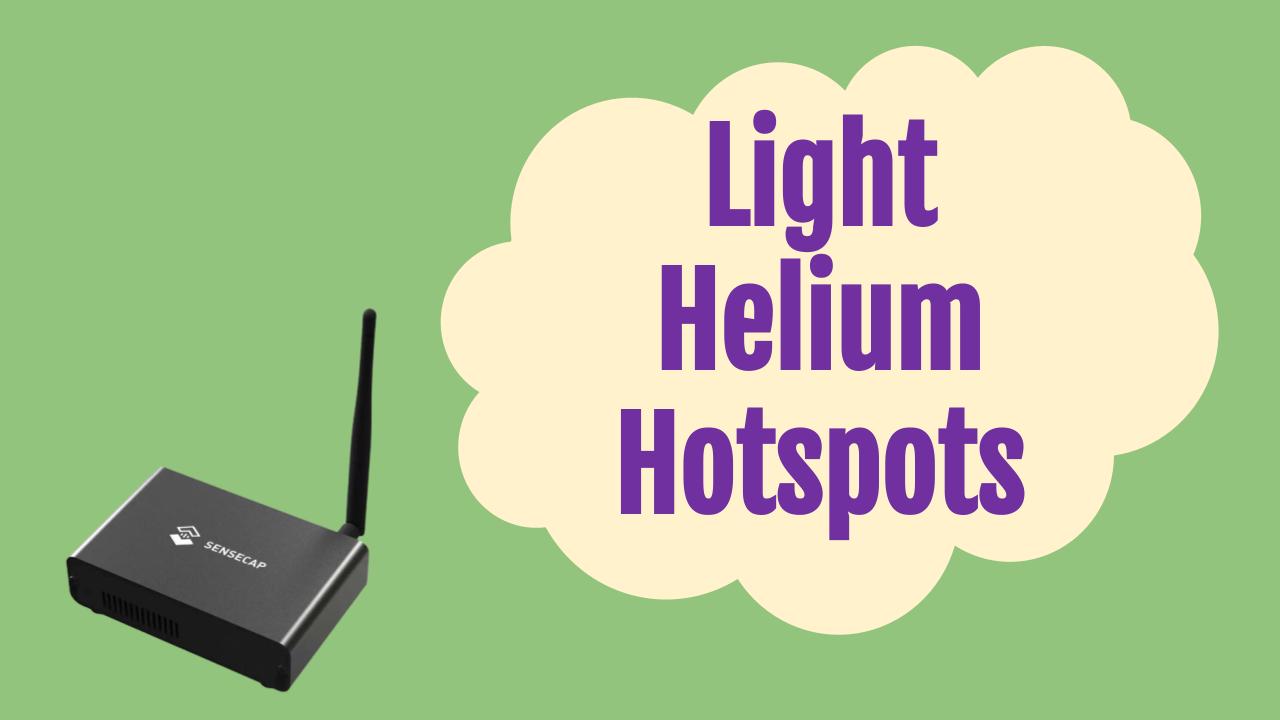 The Helium network has been growing very fast and we’re seeing many network issues as a result of this growth. Slowdowns, erratic beacon transmissions, inconsistent witnessing. Older problems like “relayed” status continue to persist as well.

It is anticipated that Light Hotspots will make things better for everyone on the Helium network. Let’s take a closer look at this development and understand what it means for you.

Since the genesis block, the Helium blockchain ran on the Helium Miners. However as the network grew, the load on each Hotspot running a full node increased and hotspots would fall out of sync due to the computational burden.

Last summer (2021) as the number of miners started to grow, Helium validators were introduced. As the name suggests, they validate transactions within the Helium system. Validators examine receipts from hotspots that transmit beacons and hotspots that witness these signals. Once validated they compile blocks and add them to the Helium blockchain. Validators also maintain and store the blockchain.

When the validators came online, the opportunity to earn these large amounts of HNT went away – but so also did the complexity. This resulted in an improvement in network performance.

That was the first step toward simplifying the work performed on the tiny miners.

Due to the near exponential growth in the Helium network there have been many issues that are frustrating users. Network slowdowns, no beacons for days on end.

In early March, one of my miners used to beacon every 1.4 days on average. Now that same miner hasn’t transmitted a beacon in many days. Earnings have declined inexplicably.

The next step toward improving network performance is for the Helium network to move the task of creating challenges from miners to validators as well. This will further simplify the work done by the miners. Miners will also no longer have to work on constructing the Blockchain or store a copy of it. This is a huge change.

What will Helium miners do moving forward?

The move to light hotspots

It’s expected that after mid-2022, Helium hotspots will no longer be:

Instead they will only:

In other words Helium miners will no longer be mining.cThis will significantly reduce the amount of work a hotspot has to do. It will also reduce wear on the SD card and the amount of data it has to send on the network.

Even currently in early 2022, a miner can transfer 140 GB of data a month. Some report twice that number. That’s a lot of data! Consider how much transferring that data would cost using an LTE connection for an off-grid deployment. The ROI numbers don’t make sense in many situations.

It is anticipated that after this change, the data consumption for a light hotspot will be much lower.

What will happen to existing miners?

The firmware and software on existing miners will be remotely upgraded by the manufacturers such that they all become light hotspots. You don’t have to do anything. Your miner will then only do two things:

When will Light Hotspots be available?

Will Light Hotspots be cheaper?

We don’t expect them to be cheaper than full hotspots – although it was originally anticipated that a light hotspot would be sub-$100.

The main differences between the hardware functionality of a light hotspot vs a full hotspot is compute power and storage. That’s the difference between a Raspberry Pi 4 and a Pi Zero. There’s a pretty big difference in price between the two so our thinking is that they should be cheaper but early indications are that they will not.

What is a data-only hotspot?

A data-only hotspot as the name suggests functions as a packer forwarder. It receives data from end user IoT devices and transfers that data across the network. This hotspot is connected to the Internet in the same way that a full hotspot is.

What’s the difference between a light hotspot and a data-only hotspot?

A light hotspot will only collect data from Helium IoT devices and transfer that data across the network. This is the only transaction that it earns rewards for.

Both full and light hotspots will receive and transfer data from IoT devices. These hotspots will also participate in proof of coverage transactions. In other words, they will communicate with other miners.

Is the Dragino LPS8 a light hotspot?

The Dragino LPS8 is not a light hotspot. It is a data-only hotspot. As a result it will only receive data from Helium IoT sensors and pass this data across the network. Data-only hotspots are compensated for data transfers only.

Should I buy a light Helium hotspot like the Dragino LPS8?

At the present time in 2022 we don’t recommend buying a data-only hotspot if your sole purpose is to maximize your HNT earnings. A data-only hotspot earns HNT when it forwards data across the network. Currently there are not many IoT devices that use the Helium Network.

This picture from the Helium Analytics console shows you how many data awards are being made to hotspots that transfer data. As you can see, the actual number of data credits awarded (0.01%) is a small fraction of the target (35%)

Should I buy a Light Hotspot?

If you currently have a Helium miner, you don’t need to buy a Light hotspot as all miners will be converted to light hotspots this year. This will greatly simplify the operation of your full miner.

If you are buying a Helium miner for the first time or if you want to add to your current inventory of Helium miners, it might make sense to buy a light hotspot if the price is right. We recommend buying a used Helium miner as it could be cheaper than a light miner.

In this post we have discussed Light hotspots, what they mean for the network and for Helium miners. We’re looking forward to the day when network operation gets back to normal and it’s also great to know that we don’t be seeing the “relayed” status message ever again!