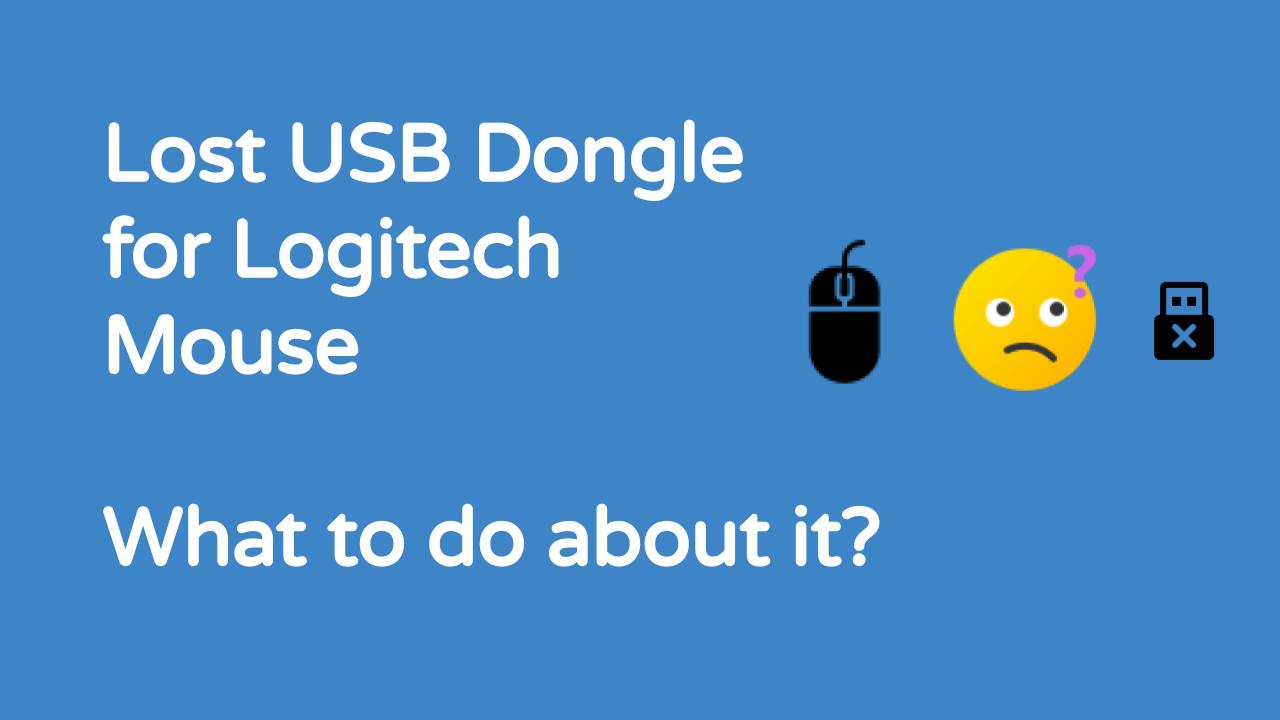 If you lost the Logitech USB receiver dongle for your mouse, the good news is that you can get a replacement.

Getting a replacement dongle can be a little complicated though and in this post we simplify the task to get you back up and running as soon as possible.

Now without further ado let’s get into the details

These receivers provide a convenient way for your mouse or keyboard to connect to your laptop or PC.

The Logitech Unifying receiver is easily identified by the orange marking. This receiver allows you to connect up to 6 peripherals to your laptop at the same time. It uses Logitech’s proprietary 2.4 GHz wireless technology to enable a fast link with quick response times.

Logi Bolt wireless mouse and keyboard systems were officially released on October 15, 2021. This is the latest and newest USB receiver dongle from Logitech.

Logitech Nano receivers are used to work with specific mouse and keyboard products. Unlike the Unifying receiver, these dongles will not support six devices and are dedicated to the mouse they are sold with.

Logitech Lightspeed receivers are designed for applications that require fast response times. They are very popular with gamers.

How to Identify Logitech Receiver Type

If your mouse has the following orange and white logo marking on it, then it needs a Unifying receiver.

On the other hand, if it has the following logo marking, then it needs a Bolt receiver

If it doesn’t have either of the above, then take a look at the label on the bottom of the mouse. That’s where you will find the part number. For instance the mouse below is M185.

Once you find that part number, search it in the sections below (use Control-F). This will tell you what kind of receiver you need to get.

Here is a list of mice or combos that work with the Unifying receivers and the product links will help you confirm that it is the same product that you own.

If your mouse is on the list above then you can buy a Logitech Unifying receiver to replace the one you lost.

Here is a list of mice that work with the Logi Bolt receivers and the product links will help you confirm that it is the same product that you own.

If your mouse is on the list above then you can buy a Logi Bolt receiver to replace the one you lost.

If your mouse is on the list above then you can buy a Logitech Nano-receiver to replace the one you lost.

If your mouse is on the list above then you can buy a Logitech Lightspeed receiver to replace the one you lost.

Where to buy a replacement receiver?

Below is a table that shows the different Logitech USB receiver dongles and where they can be purchased.

In this post we have provided a solution to the problem of losing the receiver dongle for your Logitech mouse. With a wide variety of technologies and compatibilities it can be very confusing. However once you identify the product number and technology type with the help of this article, it’s easy to get a replacement.