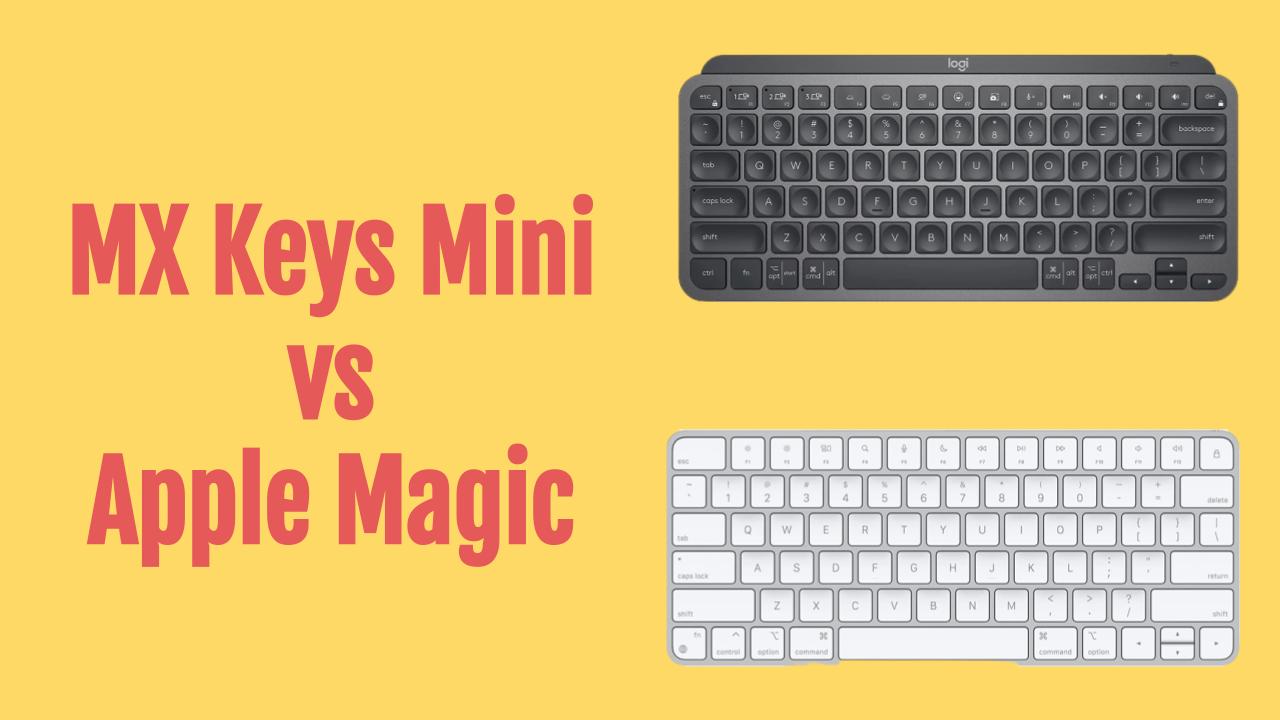 The Apple Magic keyboard may be the obvious choice for Mac users, but the Logitech MX Keys Mini is a worthy competitor. Both have their unique features and choosing the better option, can be challenging.

Our technology experts have examined both keyboards in-depth and made it easier for you to gain a better insight into each of them.

Without further ado, let’s get into it

Comparison Table of the Key Features

Analysis of the Finer Points

This table compares some of the important features such as connectivity, back-lighting and more.

Note: All ratings are as per standard industry methodologies and measurements.

Pre-Travel Time: This is the distance a key must travel before it is activated. Denotes better touch or sensitivity.

Operating force: Physical pressure required to initiate a key activation and measured in gram-force or gf. This is the pressure a key requires to respond or to be actuated.

Multi-pairing is an excellent feature

Latency: This is the time taken for a command to be executed. High latency can be very frustrating, especially for gaming.

The lower the latency, the better

Based on our technical analysis, the scores for the two keyboards are as follows

In our analysis we uncovered many noteworthy features of the Logitech MX Keys Mini. It is appropriate to mention that Logitech knew they were up against the best in the business and left no stone unturned to match Apple’s quality and features one on one, if not outdo them in some areas.

As a summary let’s take a look at three different applications and which of the two keyboards is best for each.

The keys of the MX keys can provide a better typing experience with softer and more responsive keys.

However, they lack the finesse of the material used in the Magic keyboard The finger contoured design, and the back-light is advantageous. The angle or degree of inclination and the lesser operating force are other benefits. The biggest negative is that it can only be connected using Bluetooth, which is not very practical for office use.

The MX keys are far superior in this regard. With softer operations and much lower Latency, it is streets ahead of the Apple Magic Keyboard. Most games require a fast reaction/response time and latency can be a critical issue here. By the time the Apple Magic sends a signal, the event may have passed in the game.

The illuminated keys of the MX Mini not look more attractive, but, are a very a big plus at home. The back-lighting is advantageous – no need for overhead or table lamps that can disturb others. The versatility of the wireless connection gives the Mini an edge. 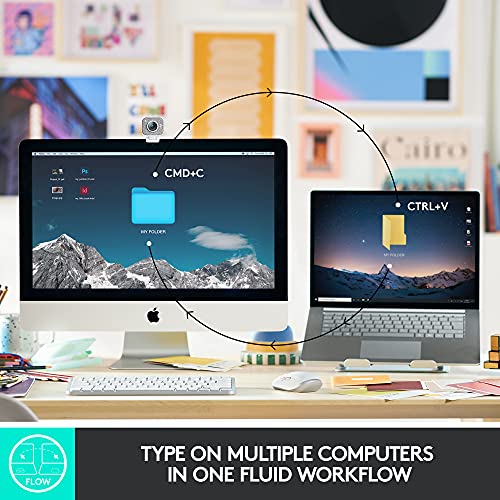