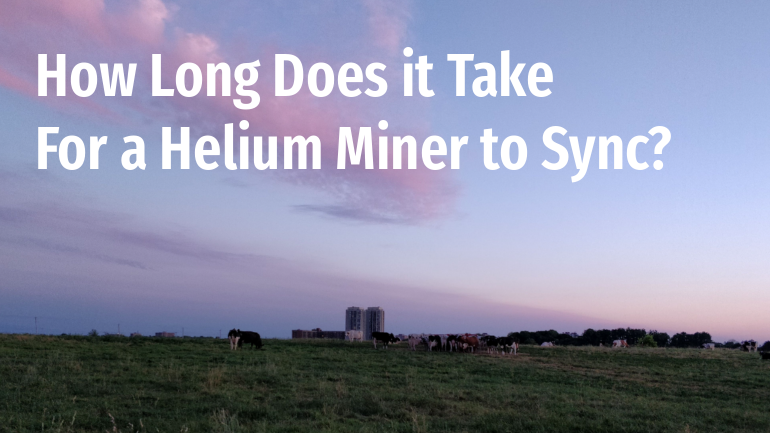 In order for your Helium hotspot to start mining, it first has to sync to the blockchain. In other words it has to catch up with the rest of the operational miners in the network before it can start doing anything useful.

According to Helium, the blockchain sync process generally takes 24-48 hours for Hotspots. In practice, sync times are highly variable. It took my first Rak miner about 8 hours to fully sync. The second one took 10 days.

My Nebra hotspots seem to be syncing within 48 hours.

Many people report getting up to over 99% sync and then it stops. One thing to keep in mind is that the sync process does not progress in a linear fashion from start to finish. There are many things that can impede sync. The first is your own network. If it goes down, that interrupts things. The second is the Helium network itself. It can have issues on account various factors.

Tips on Syncing your Helium Miner

Upgrade your Helium rig with a higher gain antenna

What to do about low Helium earnings