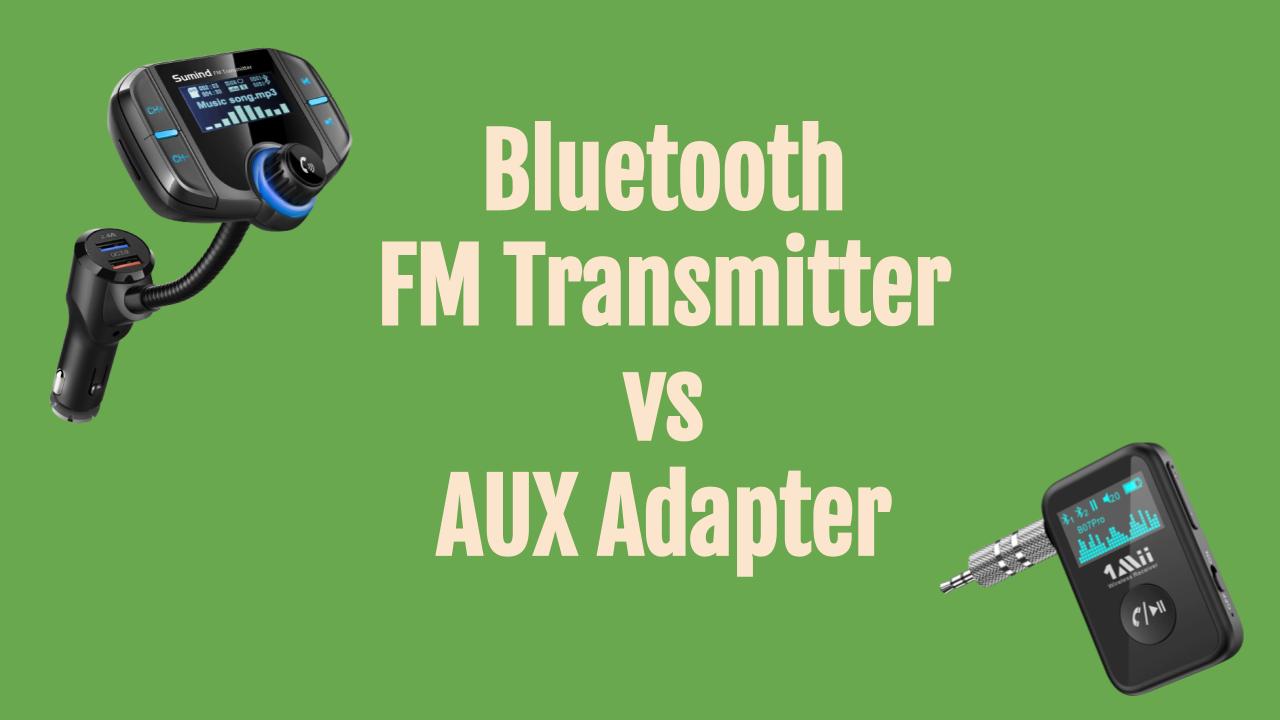 If you have an older car audio system that lacks Bluetooth, you can use either a Bluetooth AUX adapter or an FM transmitter to make your car Bluetooth ready. These products can also be used to make your home stereo system Bluetooth compatible.

A Bluetooth AUX adapter or an FM transmitter is very useful if your audio system is non-Bluetooth since they work well in a car audio system, speaker, wired headphones, and home stereo.

In this post we look at the differences between the two products and the pros and cons of each. This will help determine which device would work best for your listening needs.

What is a Bluetooth AUX Adapter?

A Bluetooth AUX Adapter connects to a cell phone using Bluetooth technology. Audio is transmitted between the phone and the adapter. The adapter is connected to the car stereo through the AUX port.

What is a Bluetooth FM Transmitter?

A Bluetooth FM transmitter connects to a phone directly and transfers audio using FM frequency band (88-108 MHz). Since every car has an FM Radio it receives this audio signal and plays it.

The FM transmitter in the picture above has three sources:

How does a Bluetooth AUX Adapter work?

The Bluetooth Aux adapter plugs into the Aux connector on the car dashboard. This gives it a wired connection to your car’s audio system. The same port can be used to connect to a home stereo system, wired headphones or an amplifier.

A Bluetooth enabled device can stream to the Aux adapter. This can be either a phone, a tablet, a laptop or an MP3 player.

How does a Bluetooth FM Transmitter Work?

An FM transmitter will stream music from other device it connects to directly. This can be any media player like a phone or a tablet.

The transmitter broadcasts the audio over an FM band of your choosing. The car radio can be used to tune to the same FM band (it functions like a receiver).

What is the difference between a FM transmitter and a Bluetooth transmitter?

FM transmitter will send audio signals over the FM band which is 88-108 MHz. Any FM receiver such as a car radio can receive these signals and play them over the speakers. FM transmitters are designed for cars and larger, higher power transmitters are used for parking lots and drive-in movies.

The Bluetooth protocol is a more complicated than FM signals. It’s a digital data signal with the ability to avoid interference through frequency hopping and more.

A Bluetooth transmitter as the name suggests transmits signals using the Bluetooth protocol. A receiver on the other hand is capable of receiving this signal and turning it into meaningful information. This can be an audio or video stream or simply data that can be used by the receiving device.

Bluetooth AUX or FM Transmitter – which device is better?

When you compare the Bluetooth Aux adapter and FM transmitter, the AUX is better than the FM transmitter because of the following; 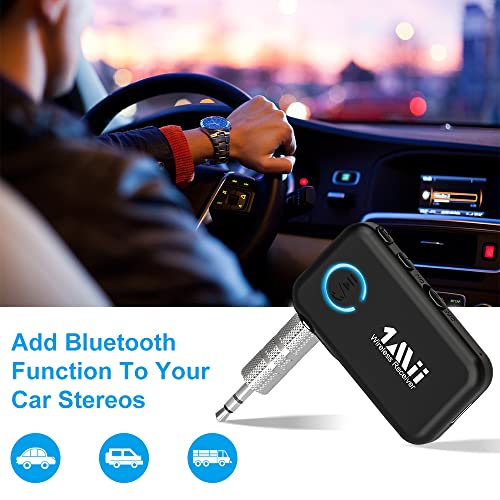