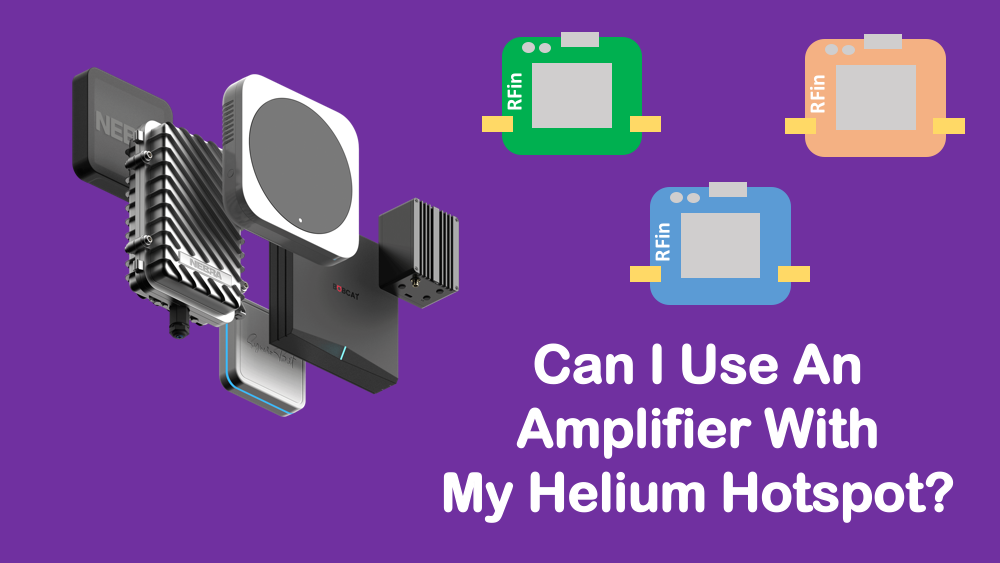 In many wireless systems – for instance FM radio, TV, AIS, ADS-B an amplifier can be used to boost the desired signal and improve performance. So how about in the case of Helium – can an amplifier be used to increase the number of witnesses and HNT earnings?

Depending on your environment, a specific type of amplifier can be used to improve miner performance

Amplifiers are used to amplify or increase the strength of an RF signal. The following picture shows an amplifier inserted between an antenna and a radio receiver (which could be an FM or ADS-B receiver).

The amplifier increases the level of signal received by an antenna. It is easier for a receiver to process a stronger signal than a weaker signal.

In the following example, the LNA is inserted between a radio transmitter and the antenna. Once again, it amplifies signals at the RF input such that the signal emitted from an antenna will be stronger than if the LNA were not present.

In both the above cases, the amplifier only increases the level of signals present at the RF input. An amplifier will not amplify signals that are injected at the RF output. In other words, if the antenna in the last example picked up a signal it would not be amplified going into the transmitter.

The Helium hotspot is a transceiver

Many of the radio systems we use – such as FM radio and TV – are receivers. In other words, they only receive signals. In the first example, an amplifier can be used to increase signal levels at the receiver.

The Helium hotspot is a transceiver that both transmits and receives signals. Both of these operations are essential to earning HNT.

The key to increasing the number of witnesses is to increase the range of the miner so that it can ‘hear’ more. This requires amplification of both transmit and receive signals.

Since the miner has a common port for both receive and transmit signals, to amplify both, you would need to know when the hotspot is transmitting and when it is receiving.

Essentially, you would have to switch back and forth between two amplifiers or reverse the direction of a single amplifier.

Will a Low Noise Amplifier between the antenna and the hotspot increase HNT earnings?

Unlike in an ADS-B or AIS system, you cannot simply connect a low noise amplifier to increase the reception range for reasons mentioned in this post. An LNA will not amplify in both directions and it will in fact attenuate transmit signals to a point where your beacons will not be heard by other hotspots.

What is a bi-directional amplifier?

Will a Bi-directional amplifier work for Helium?

It really depends on the design of the amplifier. Some bi-directional amplifier designs require knowledge of when the Helium hotspot is transmitting and when it is receiving signals. Since this information is not easy to determine from the hotspot, such a design will not work.

On the other hand a bi-directional amplifier that is automatically able to detect when a hotspot is transmitting and receiving will work assuming certain signal timing constraints in the circuit and the modulation scheme are met.

If a Bidirectional amplifier works, is it legal to boost the signal in such a way?

The answer is no.

You can amplify a received signal and there are many amplifiers on the market dedicated to boosting signals for various applications. However it is illegal to boost the transmit signal as this would exceed the FCC limit. As well, the Helium algorithm is designed to detect such situations and declares such events as invalid. Invalid means no HNT.

What about an amplifier with a Transmitter Bypass?

This is the type of amplifier that should be used for Helium. It amplifies only the receive signal and not the transmit signal. Here are a couple of amplifier options for Helium:

The product page includes different ideas for improving performance of your miner including some measurement results.

A Low Noise Amplifier cannot be used with a Helium hotspot to increase the number of witnesses. However an amplifier with a Transmitter bypass can.